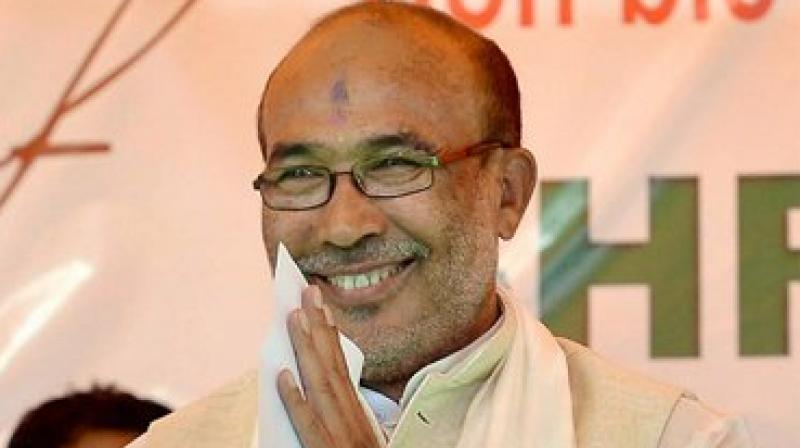 Imphal: N Biren Singh, who was sworn in as the Chief Minister of Manipur on Wednesday, said his government's top priority would be to solve the four-month-long economic blockade that has caused immense hardship to the people.

Speaking to the media after the inauguration of the first-ever BJP government in the state, Singh said, "We need to solve the crisis as soon as possible."