The total project cost based on the Kendriya Vidyalaya Sangathan norms for the proposed 50 new KVs is Rs 1,160 crores. 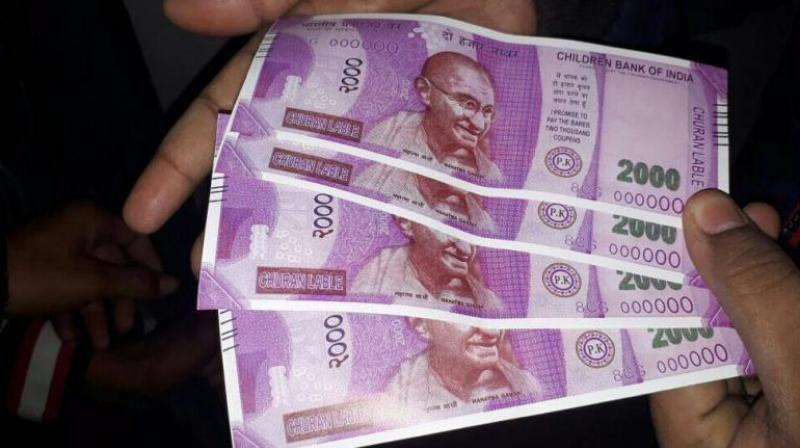 New Delhi: In a slew of bonanzas, Prime Minister Narendra Modi, at his first Cabinet meeting after the sweeping victory in the Uttar Pradesh and Uttarakhand Assembly elections, approved the release of an additional two per cent dearness allowance (DA) to Central government staff and dearness relief (DR) to pensioners with effect from January 1, 2017. It has been increased by two per cent over the existing rate of two per cent of basic pay or pension to compensate for the price rise.

Official sources said this hike was in accordance with the accepted formula, based on the recommendations of the Seventh Pay Commission. This will benefit about 48.85 lakh Central government employees and 55.51 lakh pensioners.

In another decision that has strong political resonance after the victory in Uttar Pradesh, the Union Cabinet also approved the six-laning of the Handia-Varanasi section of National Highway 2 across the state. The project cost is estimated to be Rs 2,147 crores, and the total length of the road will be approximately 73 km. This project will lead to a considerable improvement of infrastructure in Uttar Pradesh, and reduce the time and cost of travel for traffic, particularly heavy traffic, plying on this stretch, official sources said. The Union Cabinet also approved special assistance to Andhra Pradesh by way of repayment of loan and interest for externally aided projects (EAPs) signed and disbursed during 2015-2016 to 2019-20 by the state.

In some other key decisions, the Cabinet approved the proposal to grant statutory status to 15 Indian Institutes of Information Technology under the public-private partnership model, and declared them as institutions of national importance. This will be done through the introduction of the Indian Institutes of Information Technology Public Private Partnership Bill 2017. These institutes comprise the ones in Andhra Pradesh (Chittoor), Assam (Guwahati), Gujarat (Vadodara), Haryana (Sonipat), Himachal Pradesh (Una), Jharkhand (Ranchi), Karnataka (Dharwad), Kerala (Kottayam), Maharashtra (Nagpur and Pune), Manipur (Senapati), Rajasthan (Kota), Tamil Nadu (Tiruchirappalli), Uttar Pradesh (Lucknow) and Kalyani (West Bengal).

The Cabinet also approved the revised Memorandum of Understanding (MoU) and Mode of Operation (MoO) between India and Bangladesh for establishing “border haats” on the India-Bangladesh border. The border haats aim to promote the well-being of people in remote areas across the borders of the two countries, by promoting traditional systems of marketing local produce through local markets. Four border haats are now operational, two each in Meghalaya and Tripura. This move takes place soon before Bangaldesh Prime Minister Sheikh Hasina’s visit to India in early April.

The CCEA cleared the proposal to open 50 new Kendriya Vidyalayas (KVs) under the civil/defence sector in the country, keeping in view the high demand for these schools for their quality of education and excellent results. The total project cost based on the Kendriya Vidyalaya Sangathan norms for the proposed 50 new KVs is Rs 1,160 crores. New KVs will be opened from Classes 1 to 5, for which 650 regular posts will be created in all 50 Kendriya Vidyalayas. These new KVs, when fully functional, will offer quality education to approximately 50,000 students, in addition to the approximately 12 lakh students already studying in the existing KVs.