India   All India  16 Mar 2017  Want Rahul to continue leading Cong, we can win next elections too: Parrikar
India, All India

Want Rahul to continue leading Cong, we can win next elections too: Parrikar

Parrikar also took a jibe at Digvijaya Singh, saying what happened to the Congress happens when you come to Goa only to enjoy. 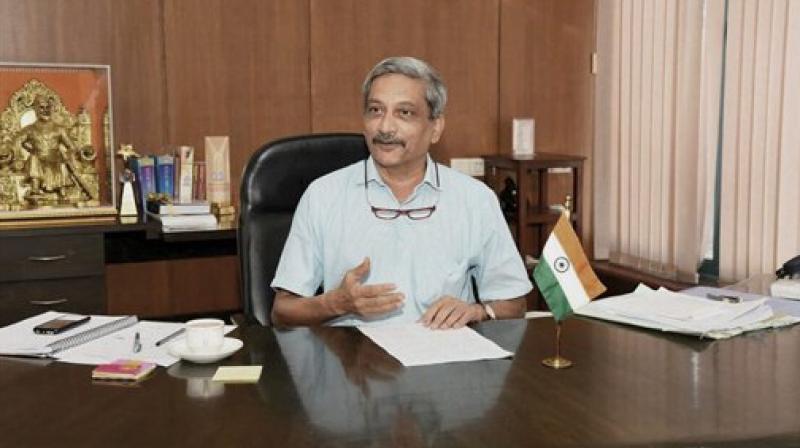 Panaji: With Congress vice-president Rahul Gandhi drawing flak from every quarter over the grand old party's dismal show in the recently-concluded Assembly polls, newly-appointed Goa Chief Minister Manohar Parrikar today taunted the former and sardonically remarked that he would want him to stay on forever to help the Bharatiya Janata Party (BJP) win with majority every time.

"I wish he leads the party for long; we want to achieve the majority in the forthcoming elections too," he said.

Parrikar took a jibe at Congress leader Digvijaya Singh debunking his claim that the Congress had the magic number to form the government.

"The floor test had to be clear. The Speaker made us stand and the count was clear. This happens when you come to Goa only to enjoy and not to work," he added.

When asked whether the BJP 'bought' MLAs, the former Defence Minister said, "There are wild allegations being made with coloured glasses. As you saw everyone voluntarily came and voted. Nobody was kept in a hotel or secluded place. It is a government of coalition and decision in this regard will be taken by the coalition."

In the Assembly polls in five states, the Congress managed to secure a clear majority in Punjab, while the BJP emerged victorious in Uttar Pradesh and Uttarakhand. Even in Goa and Manipur, where there was a fractured mandate, the BJP managed to garner support from independent MLAs and other parties and formed a government.

Earlier today, Parrikar established victory in the assembly floor test with 22 legislators standing up in his support.

Parrikar steered clear of any questions on Congress MLA Vishwajit Rane, who had written a letter to party vice-president Rahul Gandhi complaining about the senior party leaders for their slow decision making that cost them the chance to form the government in Goa and Manipur.

Parrikar, who stepped down as Defence Minister, was sworn-in as the chief minister of the coastal state for the fourth time on Tuesday evening, along with nine ministers.

But with the Congress challenging his appointment, citing Goa Governor Mridula Sinha did not follow the procedure as dictated by the Constitution, the Supreme Court earlier this week asked the test to be conducted today.

A special Assembly session was convened for the purpose.