India   All India  16 Mar 2018  How the youth, farmers, women are becoming self-reliant in Jharkhand
India, All India

How the youth, farmers, women are becoming self-reliant in Jharkhand

The efforts are being made in many directions by the government to generate maximum potential for self-employment. 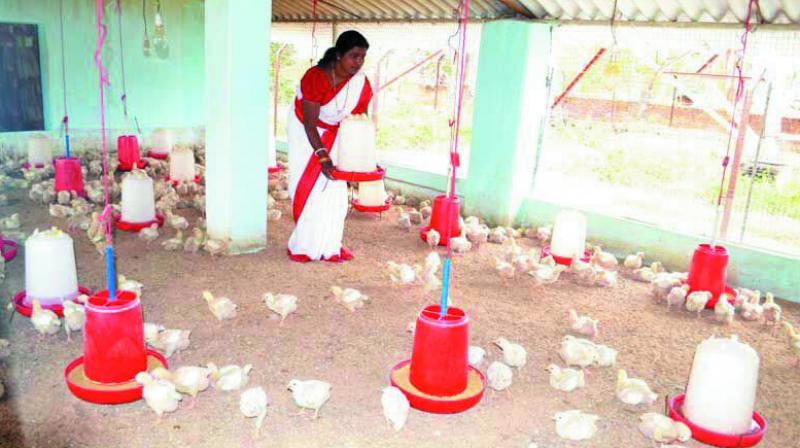 Poverty is a big curse in backward states like Jharkhand. Despite the abundance of resources, employment has been a major problem here. On the other hand, indiscriminate exploitation of resources has made the problem even more serious. The efforts of the government have not only increased the probability of self-employment but have made it easier to achieve the goal of sustainable development.

The efforts are being made in many directions by the government to generate maximum potential for self-employment. Niti Aayog, according to the sustainable development goals (SDGs) and specifically SDG-1, has set 2030 to reach the target: “End poverty in all its forms everywhere. Target 1.1 states. By 2030, build the resilience of the poor and those in vulnerable situations and reduce their exposure and vulnerability to climate-related extreme events and other economic, social and environmental shocks and disasters.”

To achieve this goal the Jharkhand government has formulated certain action plans. The effort of the Jharkhand government in the programmes to eliminate poverty from the country by 2030 is commendable. In the direction of poverty eradication, everyone is being linked to the Prime Minister’s Jan Dhan Yojana, Jeevan Jyoti Bima Yojana and the Atal Pension Yojana. The implementation of schemes is being done in such a way that the life of those living below the poverty line can be improved by 2030. Special efforts are being made to improve the condition of the poor and doubling their income through social security schemes. With the assistance of the Centre, the Jharkhand Johar Yojana has been implemented for the development of farmers at a cost of Rs 1,500 crores.

On the special initiative of Jharkhand’s chief minister, skill development centres have been opened in every district to help the youth move towards self-employment. Women groups are moving forward towards self-employment by starting poultry farms and making rubber slippers. The government is trying to provide financial assistance to promote cottage industries. Various types of jobs are being provided to the tribal women through self-help groups. Emphasis is being given on creating addiction free villages in the state.

Ranchi districts’ Ramgaon village of Mudayam panchayat of Shankaripara block and Dumka districts’ Balijore village of the Tundahuli panchayat located in Ormanjhi, have been declared as model villages where country liquor is no longer made. Sakhi Mandals have been established in villages to help provide women with self-employment. So far, 15,00,000 women have been helped in getting self-employment, while one lakh Sakhi Mandals have been given smart phones. Women are also engaged in farming and are producing seasonal crops. Such efforts will not only increase the income of farmers but also help in achieving the goal of poverty alleviation. 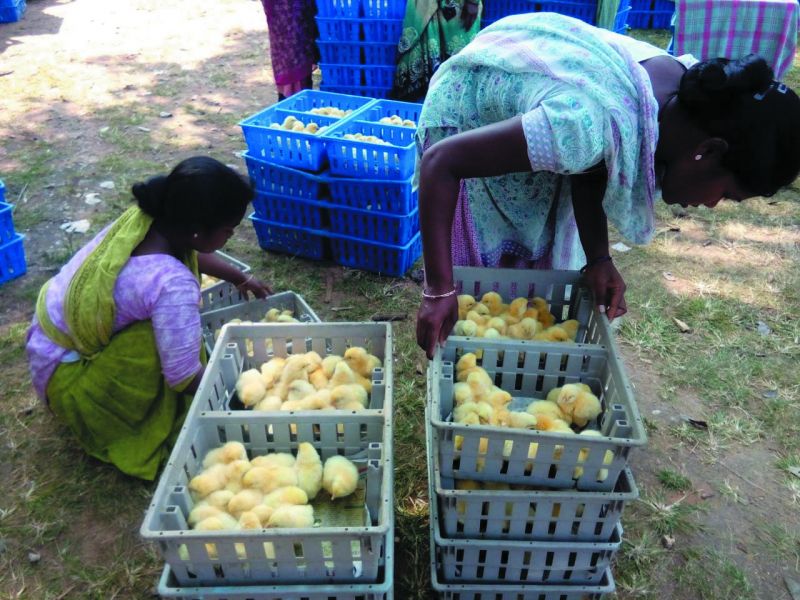 Jharkhand is a very primitive state. For such a primitive tribe, the government has started the Dakiya Yojana, through which about 7,221 poor families are being transported 35 kg of grains every month. The state has provided a grant of Rs 125 crores to 40,878 beneficiaries from the scheme. The government has declared 2018 a year of achievement from resolution and with this view it is working for the upliftment of villages, the poor and farmers. Due to these efforts of the government, Jharkhand has become the fastest growing state in the country after Gujarat. The positive effect of successful implementation of schemes has started to show. Farmers in Jharkhand don’t have to worry about floods like Bihar, nor do they have to deal with the problem of drought like Rajasthan.

Several schemes are being implemented in the state for sustainable development. Under the chief minister’s scheme, lacquer, bee and silk handicrafts are being promoted. Many farmers of the state are also involved in honey production. Under the Momentum Jharkhand, 200 projects across Jharkhand are being successfully launched. Efforts are being made at many levels to achieve the concept of all-round development of the state. Under Jharkhand Ujjwala Yojana, the state was the first to provide free gas stoves and gas cylinders. In the area of ??health, the chief minister’s Health Insurance Scheme was started for the poor, which benefited 57 lakh families of the state. Self-governance is being promoted under panchayati raj in the state. In order to empower panchayats, 17,346 panchayat volunteers and 263 blocks have been appointed to coordinate.

The government’s efforts towards eradicating poverty from the root are commendable. The public is being made aware by providing information for this. At the same time efforts are also being made to eliminate intervention. Small and medium enterprises are being promoted in the area of sustainable development. Farmers’ paddy is directly being purchased by the government so that they are getting fair value of the cost. Continuous efforts are being made to create employment opportunities in rural areas in order to eliminate unemployment. Jharkhand’s silk is famous all over the country; the demand for silk cocoons is very high in other states of the country. Ten thousand farmers are producing cocoon and are increasing their income.

Despite the abundance of natural resources in Jharkhand, most of the residents here are forced to live below the poverty line. But the strong willpower of the Jharkhand government and Niti Aayog has provided new employment opportunities in the rural areas with a view to achieve the target of ending poverty by 2030. Self-employment has not only raised the standard of living of the people of villages, but has also made special contribution in making the youth and women self-reliant. On the other hand, easy access to urea and food has worked to eliminate suicidal tendencies in farmers.