Former Punjab minister Majithia had filed a defamation case against Kejriwal and Ashish Khetan in May 2015. 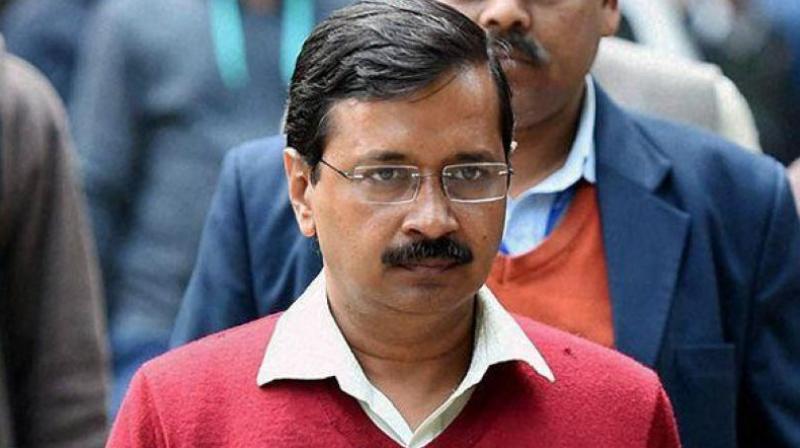 Chandigarh: Delhi Chief Minister Arvind Kejriwal has tendered an apology for having levelled "unfounded" allegations related to involvement in drugs trade against Shiromani Akali Dal leader Bikram Singh Majithia following which the latter has decided to withdraw the court case against him.

AAP leaders in New Delhi, however, said the move was to shed court cases, in which the party convenor finds himself mired, and hinted that a similar course could be adopted in the defamation case filed by Finance Minister Arun Jaitley.

Former Punjab minister Majithia claimed he was grateful that truth had won and Kejriwal had realized his mistake. Since the AAP leader had "tendered his apology", he did not want to pursue the defamation case filed against him, Majithia said.

Drug abuse was a major issue in the high-octane Punjab Assembly elections last year and Kejriwal, who was leading the AAP charge, accused Majithia, then a minister in the state government, of being involved in narcotics trade.

However, in his apology to Majithia, the Delhi chief minister said he had learnt that his allegations were unfounded.

Talking to reporters here this evening, Majithia said he had accepted the apology.

"I thank Kejriwal for showing greatness in seeking apology for his remarks made against me. I have told my lawyers that from our side, this case ends as Kejriwal has sought apology. I have asked my counsels to withdraw the defamation case. Person makes mistake and with the grace of God, if I have the ability to forgive and I will forgive," the SAD leader said.

Majithia had filed a defamation case against Kejriwal and Ashish Khetan in May 2015.

"I had said from the beginning that either he will say sorry or he will go to jail. Sending someone to jail is not my intention," he asserted.

"It is indeed a historical moment that a sitting chief minister has submitted a written apology in court withdrawing all statements he made against me," said Majithia.

The SAD leader said although it was "very torturous journey" for him as he battled the allegations.

"The AAP, however, did not benefit as their candidate lost his security forfeited in my constitutency," he said.

Majithia said the entire controversy had taken a toll on his mother because she could not understand this kind of politics.

"My wife also went through a difficult phase, I thank the almighty that this chapter has ended and truth has prevailed," he said, adding, "If my two little kids were asked in school that your father does such things, you can imagine what could have been my position. What answer I could have given to them." AAP leader Ashish Khetan had apologized as well, he added.

However, AAP's Punjab leaders could hardly suppress their anger.

Leader of Opposition in Punjab Assembly and senior AAP leader Sukhpal Singh Khaira took to Twitter to vent his disagreement. "We're appalled n stunned by the apology of @ArvindKejriwal tendered today, we don't hesitate to admit that we haven't been consulted on this meek surrender by a leader of his stature (sic)," Khaira tweeted.

Another senior AAP leader Kanwar Sandhu also reacted sharply. "Arvind Kejriwal' apology to Bikram Majithia in the defamation case on drugs is a let down to the people, especially the youth of Punjab. We in Punjab have not been taken into the loop. Our fight for Punjab continues," Sandhu tweeted.

Meanwhile, the AAP's Delhi unit said Kejriwal was facing dozens of civil and criminal cases related to defamation, putting hoardings or posters during election campaigns, violation of Sec 144, public protests etc in Delhi and other parts of India like Varanasi, Amethi, Punjab, Assam, Maharashtra, Goa and many other places.

"Most of these cases require personal appearance in court. These cases have been foisted by our political rivals to de-motivate us and keep our leadership busy in these legal matters. The decision to amicably sort out all such legal cases is a strategy as devised by the legal team of the party. The political cases in Delhi have been put on fast track forcing MLAs andmMinisters to virtually attend cases on daily basis in courts at Delhi and other states," spokesperson of AAP's Delhi unit Saurabh Bharadwaj said.

Party sources indicated that it may resort to a similar move in dealing with the defamation cases filed by Union Finance Minister Arun Jaitley against Kejriwal and other AAP leaders.

Jaitley had filed defamation cases after Kejriwal and AAP leaders alleged irregularities in Delhi District Cricket Administration (DDCA), of which the BJP leader was the president.