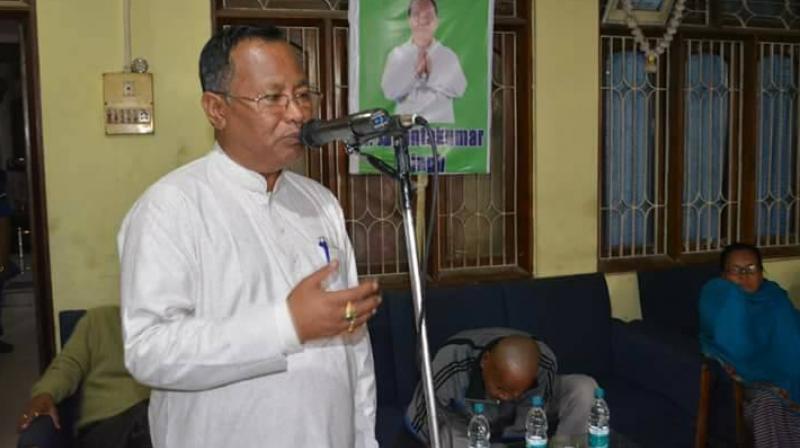 On Saturday, L Jayantkumar Singh said that the issue of his resignation would be finalised after Chief Minister N Biren Singh's return to the state on Tuesday.

"My resignation from the ministry will be finalised when the Chief Minister returns to Manipur on April 18," Jayantakumar Singh told reporters after attending a programme.

"Please wait till Tuesday as the CM will take the final decision," he said.

The Chief Minister has gone to Bhubhaneswar to attend the National Executive meeting of BJP.

To a question on the reason for his resignation, he said, "The matter is confidential.

NPP MLA Jayantakumar Singh resigned as minister, a month after taking oath along with the chief minister on March 15.

In his resignation letter dated April 13, he said, "I may not be able to get (the) vision materialised as expected since there have been so many interference in my authority."

Chief Minister Nongthombam Biren Singh, however, told PTI on Friday that he neither received the health minister's resignation letter nor has any information about it.