The AIMPLB also said that they would abide by the Supreme Court's decision on the Babri Masjid-Ram Mandir dispute matter. 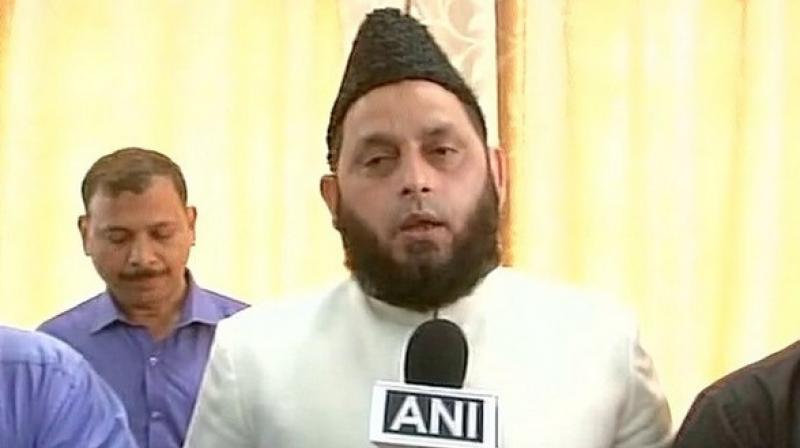 Lucknow: The All India Muslim Personal Law Board (AIMPLB) on Sunday said that the community members, who give triple talaq without valid reasons will face social boycott.

AIMPLB member Maulana Khalid R. Firangi said, "It has been decided in the executive body meeting that those misusing triple talaq will face social boycott."

Maulana also informed about the moral code of conduct, which will solve the misunderstanding with regard to the triple talaq issue.

"There has been misunderstanding on this issue, we will issue a code of conduct on it," he added.

The AIMPLB, which has opposed the PILs filed against the triple talaq in the Supreme Court, had earlier on Wednesday said the board will do away with the practice of verbal divorce in one-and-a half years, adding there is no need for government interference.

A five-judge constitution bench of the apex court will start hearing from May 11 the petitions against triple talaq.

The court will hear pleas filed by several Muslim women challenging the practice under which men can divorce their wives instantly by uttering the word talaq thrice.

The AIMPLB also said that they would abide by the Supreme Court's decision on the Babri Masjid-Ram Mandir dispute matter.

Talking to the media, a member of the AIMPLB said, "We will go by the Supreme Court's order on Babri-Ayodhya matter."

Earlier, the Supreme Court suggested of an out-of-court settlement of the Ayodhya dispute and said aggrieved parties should keep in mind its "sensitivity" while discussing the matter.