So far, eight patients from Dharavi have died 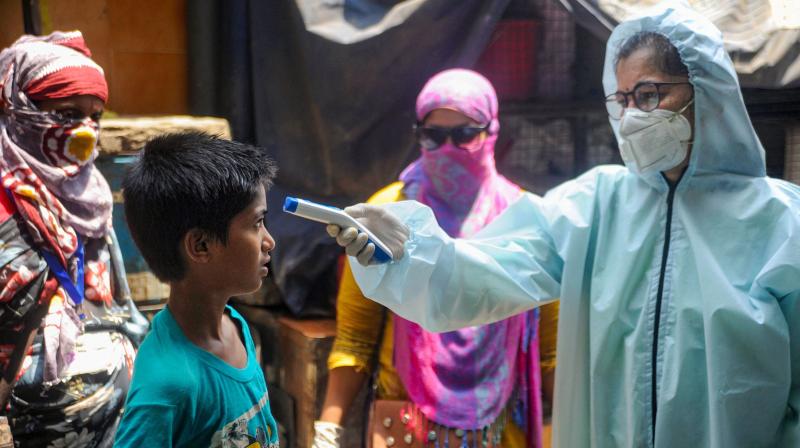 Mahim Dharavi Medical Practitioners Association conducts a thermal screening of residents of a housing society during a nationwide lockdown in the wake of coronavirus pandemic, at Dharavi in Mumbai. PTI photo

Mumbai: The number of coronavirus cases in Dharavi reached 71 after 11 more people tested positive for the disease in the slum area of Mumbai on Thursday, a civic official said.

Of the 11 new cases, four were reported from Mukund Nagar, two each from Social Nagar and Rajiv Nagar, and one each from Sai Raj Nagar, Transit camp and Ramji Chawl localities of Dharavi, the Brihanmumbai Municipal Corporation (BMC) official said.

Out of the total 71 cases, 18 have so far been reported from Mukund Nagar area of Dharavi, eight from Social Nagar and seven from Muslim Nagar localities, he said.

So far, eight patients from Dharavi have died.

Dharavi is one of the largest slum areas in Asia. Nearly 15 lakh people live in shanties located in this highly congested area.