India   All India  16 May 2017  Government: 50 per cent Indians live in disaster-prone areas
India, All India

Singh said the national platform was set up so that it can work effectively for disaster risk mitigation along with various stakeholders. 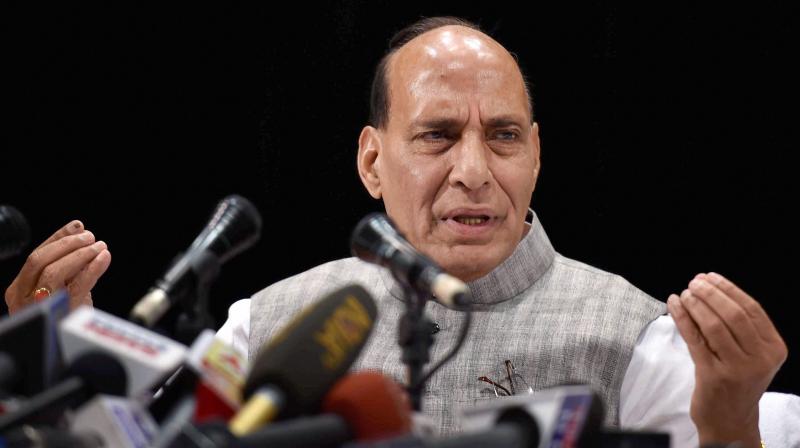 New Delhi: Maintaining that India is one of the most disaster-prone nations, Union home minister Rajnath Singh on Monday said more than 50 per cent population of the country lives in areas that are vulnerable to calamities.

The home minister said the National Platform for Disaster Risk Reduction has been set up by the government to finalise a national strategy to deal with all kinds of disasters in coordination with state governments and other stakeholders.

“India is one of the most disaster-prone nations in the world. More than 50 per cent population in the country lives in areas which are prone to earthquakes, floods, cyclones, droughts and tsunami,” he said while inaugurating a meeting organised by the National Disaster Management Authority.

The meeting was attended by ministers from state governments, officials of the state disaster management authorities, top civil and police officials dealing with various disasters and representatives of non-government organisations.

Mr Singh said the national platform was set up so that it can work effectively for disaster risk mitigation along with various stakeholders. The home minister said India has learnt lessons from the 1999 super cyclone in Odisha where 10,000 people had lost their lives, the 2001 earthquake in Gujarat and the 2004 tsunami and brought a paradigm change in its approach towards disaster risk mitigation.

“We have been working in a planned manner for disaster risk mitigation that include adopting the Disaster Management Act in 2005, disaster management policy in 2009, raising national disaster response force besides others,” he said.

The home minister said India has become the first country to prepare a livestock disaster management plan for the safety of livestock during a disaster. Singh also said India has taken a number of steps for enhancing cooperation with South Asian countries in disaster risk mitigation besides improving ties with Brics, Bimstec and East Asian nations. He also asked the participants to prepare a special action plan for vulnerable communities.