India   All India  16 May 2017  Have done no wrong, says Karti Chidambaram
India, All India

They have not seized any documents and cannot prove any charges against me, he added. 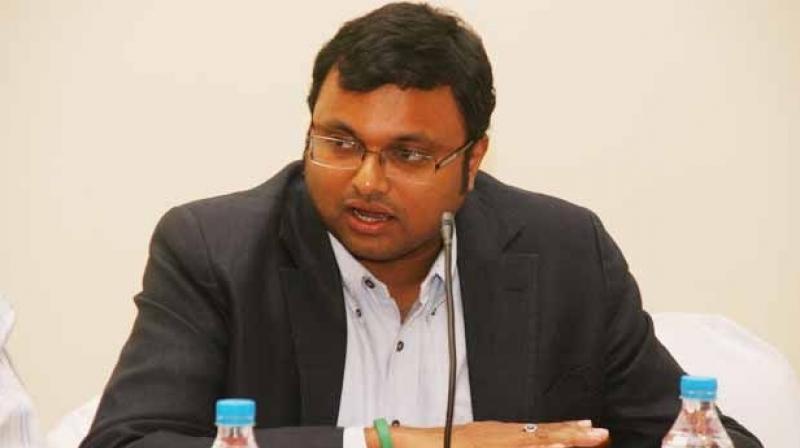 Chennai: Congress leader and son of former union minister P Chidambaram, Karti, on Tuesday said he has not done anything wrong and alleged a political vendetta behind the CBI raids against him in connection with the INX Media case.

"They have not seized any documents and cannot prove any charges against me. I have not done anything wrong," Karti told reporters here, reacting to the CBI raids at several places linked to his father and him.

Claiming that the central government was acting out a "poltical vendetta", he said the raid was being held to "silence the voice" of his father.

Ruling out a vendetta, Union Minister of State for Shipping, Pon Radhakrishnan, said in Madurai that searches being carried out by CBI were as part of its investigation into the INX media case.

DMK working president MK Stalin accused the Centre of "misusing" agencies like CBI and said the former union minister and his son would face the matter legally.

The CBI yesterday registered a case in connection with alleged irregularities in granting the Foreign Investment Promotion Board (FIPB) clearance to INX Media, run by its directors Indrani Mukerjea and Peter Mukerjea, in 2007 when P Chidambaram was the finance minister.