India   All India  16 May 2017  Woman employee barges into UP Legislative Council
India, All India

Officials present were caught by surprise and tried to take her away from the spot and pacify her. 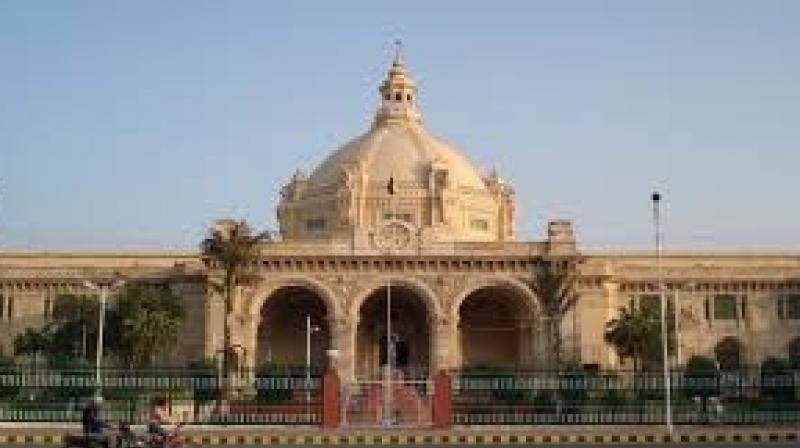 Lucknow: A woman contractual employee on Tuesday barged into the UP Legislative Council and rushed towards the Chair, creating a flutter in the House.

As soon as the proceedings of the House began, Samajwadi Party MLC Madhukar Jaitley raised questions over the Metro Rail Project.

Minutes later, a woman entered the House and insisted on putting forth her point of view.

Officials present were caught by surprise and tried to take her away from the spot and pacify her, but she did not relent and stood near the chairman's podium.

She was then evicted from the House by the watch and ward staff.

Member Om Prakash Sharma said such an incident raises questions over the security of the House.

To this, Chairman Ramesh Yadav said that since she is a contractual worker of the Vidhan Parishad, she was able to sneak into the House.

The woman later said that she wanted to draw attention of the authorities towards problems being faced by class IV employees.

Naresh Uttam Patel (SP), Naseemuddin Siddiqui (unattached BSP member) and a number of women MLCs raised objection over the manner in which the contractual employee was "thrown out" by men security personnel.

Deputy Chief Minister and Leader of the House Dinesh Sharma termed the intrusion as "unfortunate".

He said, "The security of the House must be ensured at any cost. The fact that the woman contractual worker managed to reach the podium of Vidhan Parishad chairman is really a cause of worry.

"But, what is more worrying is the act of hurling paper balls and paper missiles at the governor when he was addressing yesterday's joint session of both Houses of UP Legislature," he added.