India   All India  16 May 2020  24 labourers killed in Uttar Pradesh after their truck collides with another truck
India, All India

According to the official, the incident occurred at around 3.30 am. 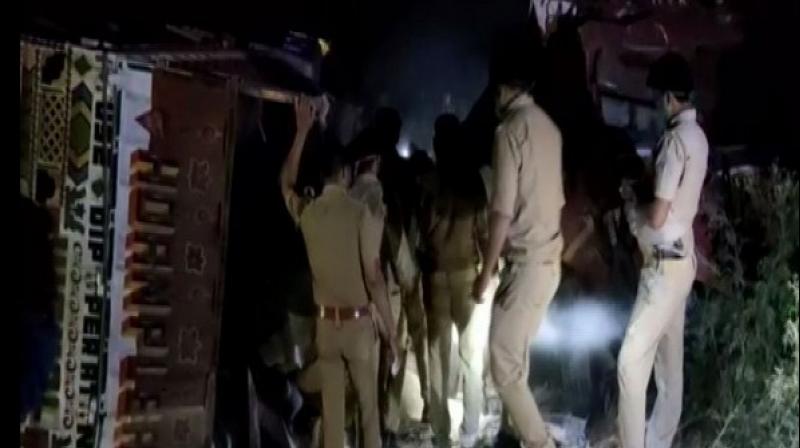 Auraiya (Uttar Pradesh): As many as 24 labourers were killed and several injured after the truck they were traveling in, collided with another truck in Auraiya on Saturday morning.

According to the official, the incident occurred at around 3.30 am. All the labourers were mostly from Bihar, Jharkhand and West Bengal.

"24 people were brought dead, 22 have been admitted and 15 who were critically injured have been referred to Saifai PGI. They were going to Bihar and Jharkhand from Rajasthan," Archana told ANI.

Meanwhile, Chief Minister Yogi Adityanath has directed Commissioner and Inspector General Kanpur to visit the site and give the report on the cause of the accident immediately.

"Chief Minister Yogi Adityanath has taken note of the unfortunate incident in Auraiya. He has expressed his deepest condolences to the families of the labourers who lost their lives," Additional Chief Secretary (Home) Awanish Awasthi told ANI.

"Chief Minister has also directed that all the injured be provided medical care immediately and the Commissioner and IG Kanpur to visit the site and give the report on the cause of the accident immediately," Awasthi added.