How safe is donated blood?

The donor's cell and recipient's serum is then tested for compatibility(based on blood group) following which transfusion is performed. 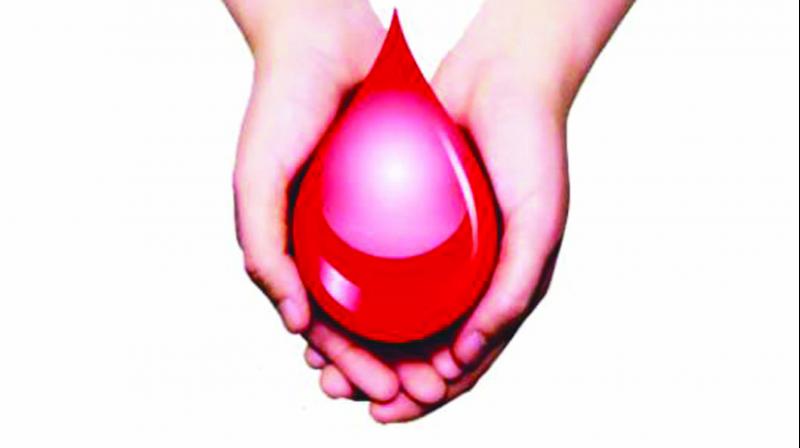 Donor rights is something we tend to overlook. If a donor's blood tests positive for some infection, it is the blood bank's duty to notify him/her immediately.

Chennai: In December last year newspapers across the state carried headlines about HIV positive blood being transfused to a pregnant woman at a government hospital in Sattur, Virudhunagar. Three months after this shocking case of medical negligence came to light, reports of at least 9 maternity deaths due to the administration of 'lysed' blood have surfaced. These two incidents have not only created ripples in the medical fraternity but forced people to question the safety of blood transfusions in the state.

World Blood Donor Day is celebrated on June 14 every year and this year's theme is 'Safe blood for all'. How safe is donated blood?

Talking about the elaborate steps to be followed while donating blood,  Dr N. Rajakumar, professor and head, department of transfusion medicine, Government Stanley medical college and hospital,  says,” When a volunteer walks in, s/he is first asked to fill up a form which provides us with crucial details. S/he then undergoes a test for haemoglobin estimation followed by a medical examination. If the haemoglobin count is 12.5 and above, the donor is eligible for donation. Following this, s/he is given pre-donation counselling and briefed by about the procedure and precautions be to taken before blood donation. After donating blood, s/he is once again given post donation counselling.”

The donated blood then goes through extensive screening tests.

According to WHO guidelines, the blood should be screened for HIV, hepatitis B, hepatitis C, syphilis and malaria. If the blood sample fails even one of these tests, it is discarded immediately.

The donor's cell and recipient's serum is then tested for compatibility(based on blood group) following which transfusion is performed.

Ideally, the collected blood should be separated into its components within six hours of collection.

This chain of approved processes should be meticulously followed by all blood banks to prevent botches in blood transfusion.

Dr Ravindranath, Doctor's Society for Social Equality, says,” The Tamil Nadu government is yet to take a stand on blood donation policy. Despite being a pioneer of healthcare in the nation, blood banks in the state are still short of advanced equipment.” Talking about the various shortcomings in the state's blood banks, he says, “Blood banks need to computerize and inter-connect immediately so that every blood bank  knows the donor's donation history. Advanced equipment should be brought in for cross-matching recipients and donor's blood. Also, only permanent well-qualified staff and doctors should be employed at blood banks.”

“Donor rights is something we tend to overlook. If a donor's blood tests positive for some infection, it is the blood bank's duty to notify him/her immediately. Donor records should be duly maintained,” he says adding that he hopes that government brings about effective blood donation policies soon.

Encouraging people to donate blood, Dr N.Rajakumar says, “We usually face a shortage in blood donation during summer months. We request NGOs to organise donation camps during this period. Awareness campaigns about blood donation should be conducted in schools and colleges.”