India   All India  16 Jun 2019  IMA to hold nationwide protest on Monday against attack on doctors in WB
India, All India

Sharma said that there is a need for CCTV cameras and guards, who are actually concerned about the security of doctors. 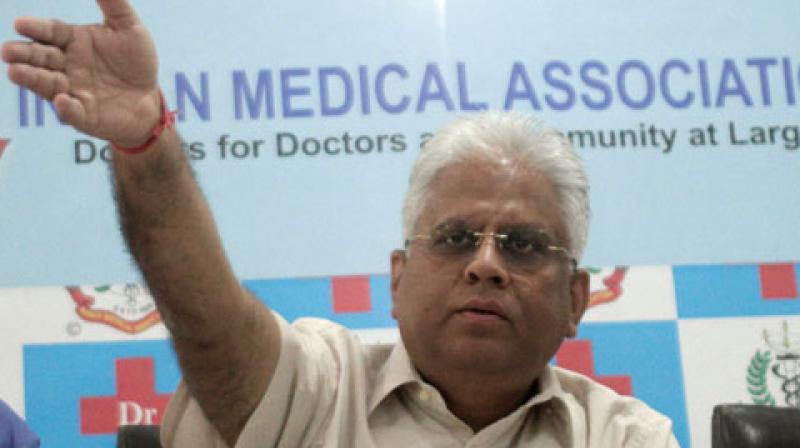 New Delhi: The Indian Medical Association (IMA) will hold a nationwide protest on Monday against the beating of doctors in West Bengal, said Dr Ranjan Sharma, president of the doctors' national body, on Sunday.

Dr Sharma said that they would also stress for the enactment of protection law for the doctors and amendment in the Indian Penal Code (IPC) and Code of Criminal Procedure (CrPC).

"We need amendments in IPC and CrPC so that anybody who indulges in acts of violence against hospitals and doctors is taken to task as per the laws," said Dr Sharma while talking to ANI.

Terming the strike of doctors in West Bengal as the failure of the system, Sharma said: "All that was asked was a visit to the victim by Chief Minister Mamata Banerjee. Is it too much? And if you did not meet, then why to insult them?"

Sharma said that there is a need for CCTV cameras and guards, who are actually concerned about the security of doctors.

"At NRS Hospital in Kolkata, there were cops on duty inside the emergency complex. Still, they did not act. Sensitising them and making them aware of the need of security of doctors is essential," he said.

Talking about deaths due to encephalitis in Bihar's Muzaffarpur district, Sharma said: "The crisis has arisen due to lack of infrastructure and basic cleanliness."