Not by debt alone

Economies world over slow down as it does in India, and an immediate casualty can be employment. 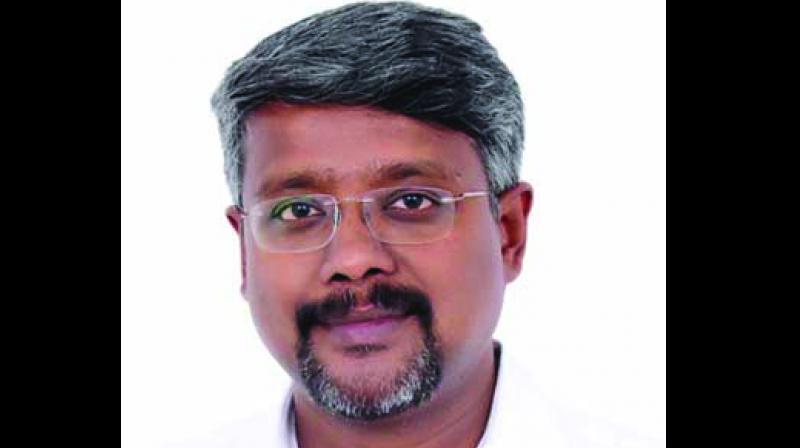 The World Bank group flagship report published in June, 2019 on global economic prospects reported a 0.3 per cent point fall in growth from the projected 2.9 per cent, which is reported as mainly due to weaker than expected international trade and investment at the start of the year.

Growth is a major concern for all emerging and developing economies as sluggishness will lead to depletion of investor confidence and low employment rate. The annual gross domestic product (GDP) of India for the year 2018-19 was 6.8 per cent, lower by 0.4 per cent than the annual GDP of the previous year. Similarly, the report published by the ministry of statistics and programme implementation (MoSPI) had reported a data on joblessness at 6.1 per cent, which is a 45 year high, evidently showing a tame growth level. A recent report published by the World Bank claims economic slowness is a global phenomenon and the growth rate of the entire emerging markets and other developing economies is facing similar sluggishness. The ever rising public debt of those countries is also reported as an alarming factor.

The World Bank group flagship report published in June, 2019 on global economic prospects reported a 0.3 per cent point fall in growth from the projected 2.9 per cent, which is reported as mainly due to weaker than expected international trade and investment at the start of the year. Though the report had projected a revival of global economy to 2.8 per cent by 2021 on account of the modest recovery rate of emerging market & developing economies (EMDE), the overall picture is still grim. The EMDE growth, the report says, remains constrained by subdued investment, which is dampening prospects and obstructing progress towards achieving the development goals. In order to improve the performance, the EMDEs have to give importance to implement reforms that promote private sector investment, take adequate steps to improve the quality of the infrastructure and prioritise the governance through cost effective and private sector led solutions.

The growth of investment in EMDEs shall remain passive due to various factors such as elevated debt levels, limited monetary space, lack of clarity about policy direction and inadequate business climates. The disorderly exit of United Kingdom from the European Union and amplified trade related tensions between United States and China are also factors which affected investor confidence, affecting the growth of all economies including advanced ones.

As the report depicts a gloomy picture of lackluster growth, effort should be put in to improve the situation through major structural reforms that will help improve the business environment and thereby improve the job market. The governments of EMDCs have to give due importance to improve the availability of affordable electricity, augment the logistics and transportation systems, leverage digital technologies and improve institutional quality.  The government should make adequate policies to protect the interest of agrarian sector with an intention to reverse the downfall happening in overall job creation.

Considering the subdued investment and growth rate, the central government may further bank upon the borrowing to create infrastructure, health and education and to protect weaker sections. The debt often helps the economies to manage their macroeconomic turbulences in short run. The borrowing for government spending can stimulate the financial situation of the economy on a macroeconomic level.  But to make it feasible in the long run, the debt fund must have to be deployed in investments that yield higher return than the cost of debt.

The lower interest rates had paved way for piercing hike in governmental debts in advanced economies. Following their path, often blindly, many EMDEs including India, also had borrowed heavily from various sources such as investment bonds, long term government bonds, corporate bonds etc which had resulted in a stretched public debt ratio.

Along with public debts, as a worrying factor, the private debts are also scaling up. Elevated debt level can lead to financial crisis, increase the fiscal deficit gap and eventually affect the investment and growth pattern of the economy in a destructive manner.

The negative side of borrowing is the rollover cost that can increase sharply during the period of financial stress, which can trigger acute financial crisis. Using the debt fund for attaining political mileage by governments that have short tenure may tilt the growth potential of that economy in a negative manner. The debt-laden government machinery may find it difficult to give much needed financial stimulus to the economy during the period of recession. A growing debt-to-GDP ratio could erode investor confidence and may lead to further borrowing or increased taxes or less spending on critical government functions. This will ultimately intensify the crisis and lead to economic slowdown or recession. High and rising government debts may eventually elevate long term interest rates and create uncertainty about macroeconomic policies of the government.

Instead of heavily depending on the borrowed funds for infrastructure and other projects the central government has to alternatively look for policies to improve the internal accruals, better tax policies and collection systems, controlled spending etc to bridge the gap. A prudent and transparent debt management system can help reduce the borrowing cost and enhance the debt sustainability and reduce the fiscal risk. Debts with long term maturities and denominated in local currency shall ensure more macroeconomic stability.

In view of the subdued growth level, mounting unemployment rates and spiraling public debts, the government should focus on drafting apt polices which can mitigate the impact of slow growth, promote employment, look for cheaper and less risky funds and devise systems for wise deployment of borrowed funds. If the upcoming union budget tries to address these issues in a proactive manner, then there will be only few troubles to worry about in future.

The author is a company secretary and insolvency professional. He can be reached at bijoy@artismc.com