India   All India  16 Jun 2019  This summer get ready to taste new variety of mango named after Amit Shah
India, All India

‘There are a very few people with the characteristics similar to Shah ji,’ Padma Shri Haji Kalimullah Khan said. 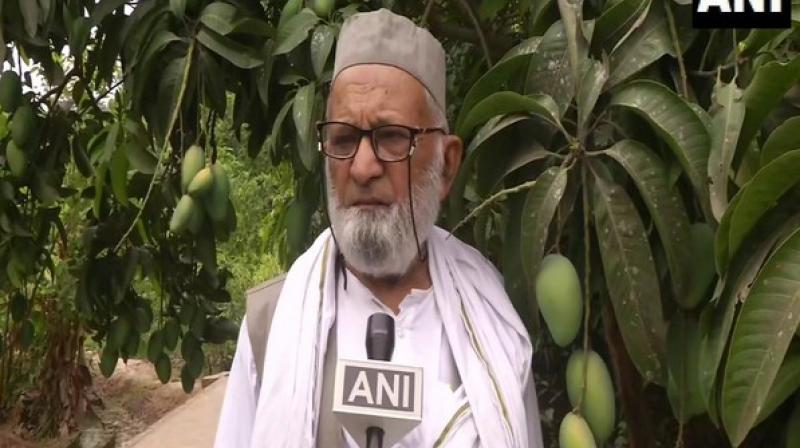 He said that these new variety mangoes will soon ripen and the variety with similar characteristics to that of the minister would be given his name. (Photo: ANI)

Lucknow: A new variety of mango named after Home Minister Amit Shah is all set to hit the markets this summer.

The new type of fruit has been cultivated by famous horticulturist Padma Shri Haji Kalimullah Khan who is known as India's 'Mango Man'.

Khan said that he has named the new variety of produce after Shah so that the world remembers "good people'" like the parliamentarian forever. "People come and go but fruits will stay. I am naming the mango after good men so that people remember them even when they are gone," he said.

He said, "There are a very few people with the characteristics similar to Shah ji. He has strong willpower and is result-oriented. These mangoes' characteristics match with the personality of Amit Shah. I hope they also taste good so that they match him well."

He said that these new variety mangoes will soon ripen and the variety with similar characteristics to that of the minister would be given his name. "The variety which will show Shah's characteristic will be named after him," he said.

"These mangoes will be the sweetest. It will outclass all other variety of mangoes just like Amit Shah outclasses his opponents," Khan said.