India   All India  16 Jul 2017  Border line is bottom line: China says no to negotiations on Sikkim row
India, All India

Border line is bottom line: China says no to negotiations on Sikkim row

China, India have been facing the standoff in the Dokalam area near Bhutan for the past 3 weeks after a Chinese army tried to build a road. 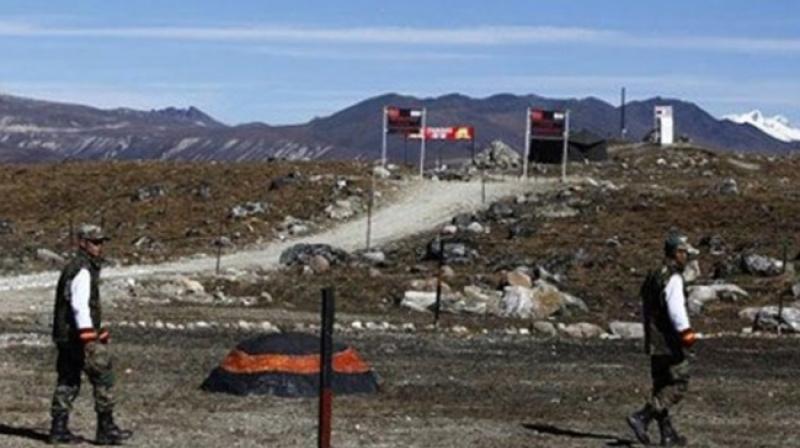 China has time and again reiterated its demand for 'unconditional' withdrawal of Indian troops from Dokalam to resolve the weeks-long face-off. (Photo: PTI)

Beijing: Chinese state media on Saturday said the standoff between India and China in Doklam area in Sikkim could worsen if India does not withdraw its troops from the region, adding that there was “no room for negotiations” on the dispute.

“China has made it clear that there is no room for negotiations on this incident, and India must withdraw its border-crossing troops from Doklam. For China, border line is the bottom line,” China’s official press agency Xinhua said in a commentary, according to reports.

“India has repeatedly ignored China's call for pulling its border-crossing troops from Doklam area back to its own territory. However, turning a deaf ear to China will but worsen the month-long standoff and put itself further into embarrassment,” it added.

China and India have been engaged in the standoff in the Doklam area near the Bhutan tri-junction for the past three weeks after a Chinese Army's construction party attempted to build a road. Indian troops stopped road construction by Chinese soldiers on June 16.

China has time and again reiterated its demand for “unconditional” withdrawal of Indian troops from Doklam to resolve the weeks-long face-off.

The commentary, however, took note of Indian Foreign Secretary Subrahmanyam Jaishankar’s remark in Singapore as a “positive sign”.

“As an old Chinese saying goes, peace is most precious. It has been noticed that Indian Foreign Secretary Subrahmanyam Jaishankar recently has made positive remarks in Singapore, saying that ‘India and China should not let differences become disputes’,” it said.

Doklam is controlled by India, but claimed by Bhutan. China also claims it as part of its Donglang region. China and Bhutan are engaged in talks over the resolution of the dispute in the area. India argues that since it is a tri-junction involving the three countries, it also has a say in the issue, specially in the backdrop of 2012 agreement between special representatives of the two countries, that have till now held 19 rounds of talks.

Bhutan has no diplomatic ties with China. As a close friend and neighbour, Bhutan enjoys diplomatic and military support from India.