The ruling AIADMK in Tamil Nadu, however, wants it to be considered after 2021 when the present state Assembly’s term would expire. 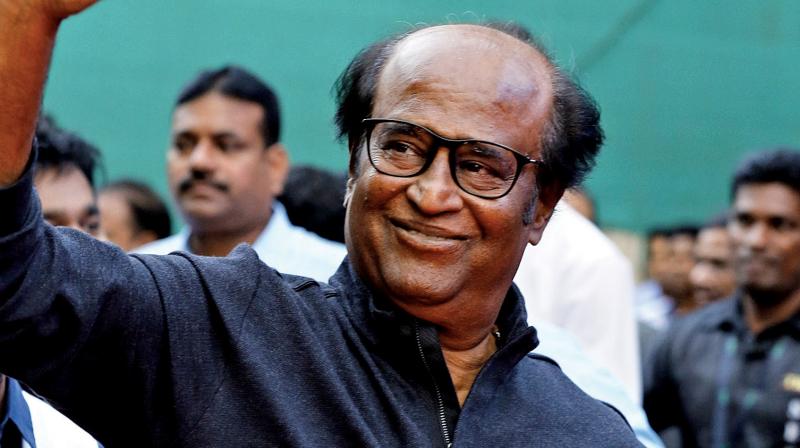 Chennai: Tamil superstar Rajinikanth on Sunday supported the Centre’s idea of holding simultaneous elections to Lok Sabha and state Assemblies, saying it would save time and money.

Talking to reporters here, he also backed the proposed Rs 10,000 crore greenfield Chennai-Salem eight-lane highway, being opposed by some quarters, and said such big projects should be taken up for the development of the country.

“Holding polls together is definitely a welcome move. It should come. It will save time and money,” the actor said.

Rajinikanth, who had announced his decision to float a political party in December last year, was responding to a question about the one-nation, one-election concept mooted by the government.

It would be good if all political parties understood (the advantages) and cooperate in facilitating simultaneous polls, he added.

Seeking to give shape to the government’s concept of “one nation, one election”, the Law Commission’s internal working pap-er has recommended holding the LS and Assembly polls simultaneously but in two phases beginning in 2019, and a consultation with political parties was held on July 7 and 8.

As many as six parties, including the Biju Janata Dal, the AIADMK and NDA ally Shiromani Akali Dal, are in favour of the idea, while nine have opposed it during the consultations.

The ruling AIADMK in Tamil Nadu, however, wants it to be considered after 2021 when the present state Assembly’s term would expire.

On the Salem-Chennai highway project, Rajinikanth said, “Taking up such big projects will lead to the development of the country. It will lead to job creation.”

He also said the government should adequately compensate people who would lose their land due to such projects. The 277-km long Salem-Chennai corridor has faced opposition from some quarters on grounds that farm and forest lands would be affected. Rajinikanth welcomed the bill recently passed by Tamil Nadu Assembly for setting up the institution of Lokayukta to probe allegations of corruption against public servants.

“I defintely welcome it. It should be run as a powerful body comprising retired judges. Then, it will be good,” the actor said.

The Lokayukta would be empowered to probe allegations of corruption against serving and former ministers.