The 21-year-old woman, a resident of Surat, had written to the police on July 10 seeking registration of a rape case against BJP lawmaker. 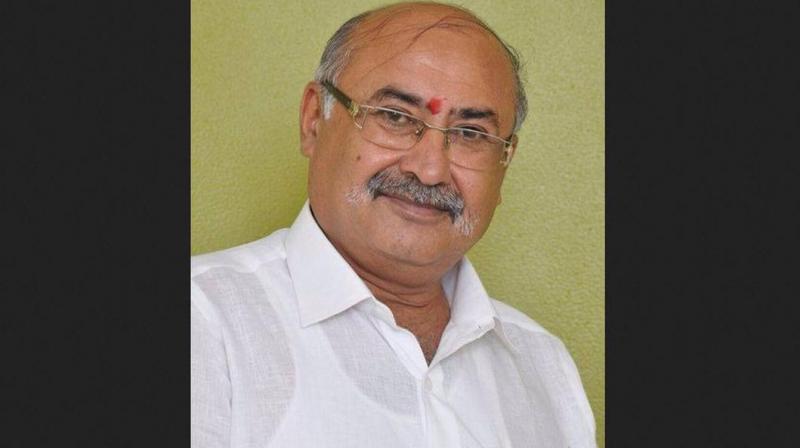 In the wake of the allegations, the 53-year-old leader from Kutch district had to step down as the party's state vice-president. (Photo: Facebook)

Surat: Surat police on Sunday said the woman who had lodged a rape case against former BJP lawmaker Jayanti Bhanushali, which led to his ouster from the party, was untraceable.

The 21-year-old woman, a resident of Surat, had written to the police on July 10 seeking registration of a rape case against the BJP lawmaker who represented the Abdasa constituency between 2007 and 2012.

Police Commissioner Satish Sharma said the woman had failed to appear before the police despite being issued summons.

"We had tried to contact the complainant and sent her summons on the address given in the letter received in order to record her statement," Sharma said.

"A notice was pasted on the door of the house of the complainant as nobody was present there when police arrived," he added.

"She is untraceable. We are trying to contact her but have failed so far," he said further.

Noting that the survivor had not approached the police in person or through a relative but through a third person to file the complaint, Sharma said a complaint was yet to be filed in the case.

The commissioner said that the survivor's identity was still unclear as they had received another letter in April from a woman sharing the same name as the complainant urging the police to ignore any complaint against the BJP leader.

"We had received another notarised letter in her name, sent to us in April, saying that somebody is trying to make a false application in her name against Bhanushali. She had asked the police to ignore such a complaint," he said.

In the wake of the allegations, the 53-year-old leader from Kutch district had to step down as the party's state vice-president. In his resignation letter, accepted by state BJP president Jitu Vaghani, Jayanti Bhanushali denied all allegations against him.

In her complaint, the survivor alleged that the former lawmaker raped her on several occasions since last November after promising to get her admitted to a reputed fashion design institute. The act was video graphed by one of his assistants, she alleged.