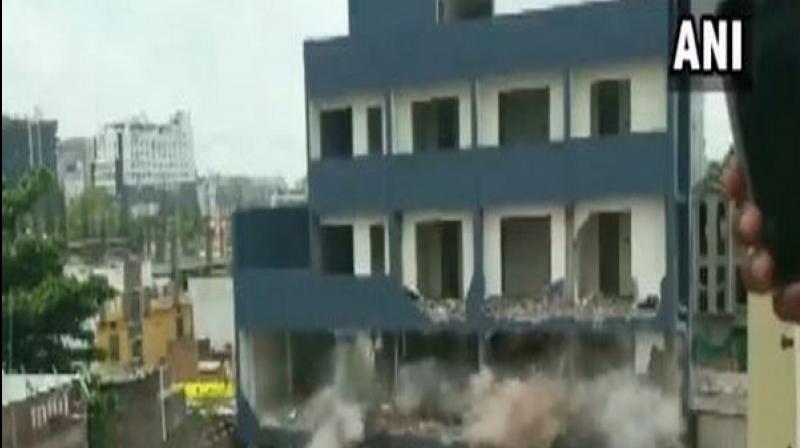 Dust rose up in the air as the structure came crashing down with a thud in the densely-populated area. (Photo: ANI)

Indore: An illegal multi-storied building in Kamdhenu Nagar here was brought down by the Indore Municipal Corporation on Tuesday by adopting a controlled explosion.

Dust rose up in the air as the structure came crashing down with a thud in the densely-populated area.

The adjoining houses, however, remain unaffected.

Earlier this month, the Municipal Corporation had demolished the building over which BJP MLA Akash Vijayvargiya had thrashed a municipal corporation officer with a cricket bat.

Bhure Lal, the owner of the building, had approached the Madhya Pradesh High Court against demolition but the court refused to stay the process.