Locals said at least 12-15 families buried under the rubble were awaiting help. 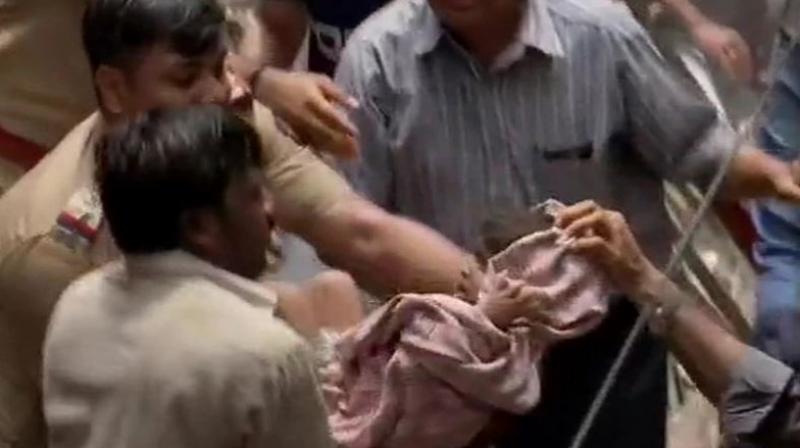 According to reports, at least 40-50 people were still feared trapped in the debris. (Photo: ANI)

Mumbai: A minor was rescued on Tuesday after a four-storey building collapsed here, officials said.

According to reports, at least 40-50 people were still feared trapped in the debris.

The Kesarbai building in Dongri area collapsed at around 11.30 am.

Locals said at least 12-15 families buried under the rubble were awaiting help.

As per IANS report, the building, which belonged to the Maharashtra Housing and Area Development Authority, also housed a catering business on the ground floor, they said.

As per latest information, 2 people have died and six are injured. The constricted lanes made it difficult for the fire brigade, Mumbai police and civic officials to access the site and they were forced to park some distance away.