The number of recovered cases outweighs the active cases by a factor of 1.85 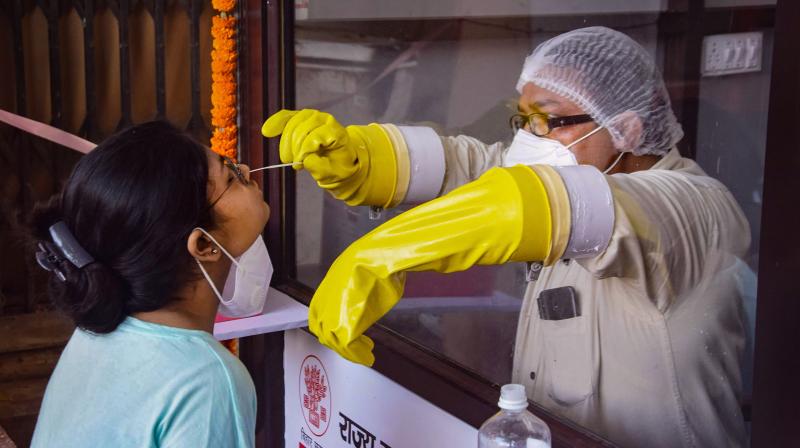 India on Wednesday recorded its all-time high daily number of cases and deaths with fresh detection of 32,695 novel coronavirus infected persons and 606 new fatalities recorded. The country so far has registered 9,68,876 cases so far with a total 24,915 deaths.

However, the recoveries too have been very high in the past 24 hours with a total of  persons being discharged and 20,000 people in a single day taking India's recovery rate to 63.25 per cent. Overall, 6,12,814 persons have been discharged from medical supervision while 3,31,146 persons are under the care of doctors.

“The gap between recovered and active cases has been consistently growing. It stands at 2,72,191 today. The number of recovered cases outweighs the active cases by a factor of 1.85. The actual case load of COVID-19 in the country is only 3,19,840 active cases as of now,” union health ministry officials said.

Maharashtra, Tamil Nadu, Karnataka, Telangana and Uttar Pradesh are some of the states still reporting high cases while fresh cases in Delhi are on a decline. Andhra Pradesh recorded its highest numbers of new cases with 2,432 new detections. The state's total cases crossed 35,000 on Wednesday. Among the 582 new deaths reported in the last 24 hours, the highest were Maharashtra (213) followed by Karnataka (85), Tamil Nadu (67) and Andhra Pradesh (43).

Giving an analysis of four cities, Economist Prof Shamika Ravi said Delhi and Chennai are showing remarkable recovery while Mumbai has shown little improvement and Bengaluru has an alarming escalation of cases.

Delhi Chief Minister Arvind Kejriwal said the COVID-19 situation in the national capital is better than in June. He added Delhi has been able to minimise deaths in home isolation by providing pulse oximetres and patients who reported their oxygen levels falling were immediately rushed oxygen concentrators to their home or taken to hospital.

According to the ICMR, a total of 1,24,12,664 samples have been tested up to July 14 with 3,20,161 samples being tested on Tuesday. Officials said that going by WHO suggestions for 140 tests per day, per million population, 22 States and UTs in India are already conducting 140 and more tests per day per million while other States and UTs are being regularly advised to increase the testing capacity to match the WHO advised levels of testing. Union Health Minister Dr Harsh Vardhan said the government is planning to further increase testing with a target to start conducting 1 million COVID-19 tests per day within the next 12 weeks.