Chinese troops had managed to enter up to Finger Four area in the region from where they were sent back. 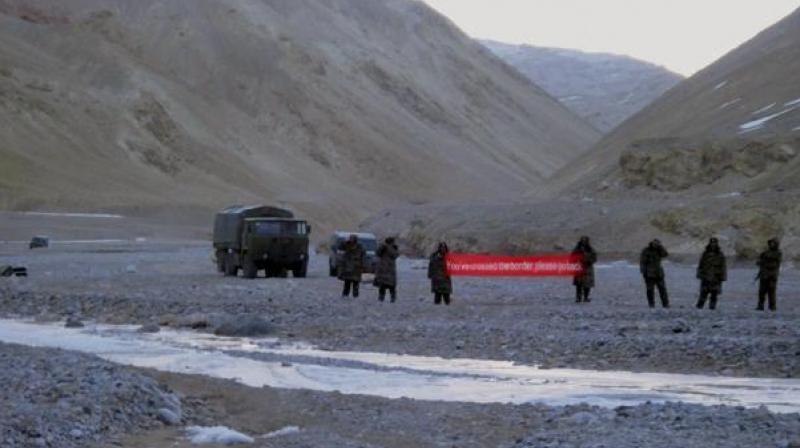 Leh/New Delhi: Indian border guards on Tuesday frustrated an attempt by Chinese soldiers to enter Indian territory along the banks of famous Pangong lake in Ladakh resulting in stone pelting that caused minor injuries to people on both sides, officials said.

Soldiers of the People's Liberation Army (PLA) tried to enter the Indian side in two areas – Finger Four and Finger Five – twice between 6 am and 9 am. But on both the occasions their attempts were thwarted by alert Indian troops, they said.

Personnel from both sides received minor injuries and the situation was brought under control after the customary banner drill under which both sides hold banners before stepping back to their respective positions.

An Army spokesman in New Delhi declined to comment on the incident, which came amid continued stand-off between the armies of the two countries at Doklam in Sikkim.

Chinese troops had managed to enter up to Finger Four area in the region from where they were sent back. This area has been a bone of contention between India and China as both claim it to be a part of their territory.

When the Indian side staked claim to the area during negotiations in late 1990s, the Chinese army constructed a metal-top road and insisted it was part of Aksai Chin, which is under the latter's control, officials said.

China had constructed a road up to Finger Four which falls under Siri Jap area and is five km deep into the LAC.

Earlier, the Chinese patrols used to come frequently from the northern and southern banks of this lake, whose 45 km stretch is on the Indian side while 90 km is on the Chinese side.

Indian forces are now armed with high-speed interceptor boats, bought from the US, which can accommodate nearly 15 soldiers and are equipped with radars, infra-red and GPS systems.

These boats are said to be as good as Chinese vessels and are used to conduct reconnaissance and area domination patrols.

The situation along the banks of the lake has always remained volatile with Chinese troops being intercepted by Indian Army patrol several times after the three-week long stand-off in the Depsang plains of Daulat Beg Oldie (DBO) in May 2013.