The rural and corporate branches of a bank were worlds apart. 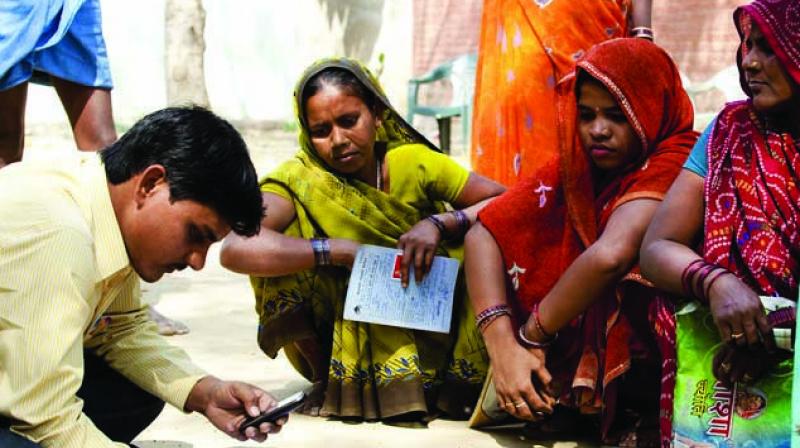 The mindset that this system inculcates in students is that going back to the villages is a losing proposition. Remaining in the city is the sure path to prosperity.

My foray into rural banking was a radical move. If someone wants to do work in a village, the formal education system discourages him. The mindset that this system inculcates in students is that going back to the villages is a losing proposition. Remaining in the city is the sure path to prosperity.

When I decided to take up a rural assignment in the bank, most of my friends thought I was crazy. My parents were appalled and aghast. “You can’t possibly go and stay in a village for months and years. The very idea is preposterous. It’s good as a tourist but not as one who will be working with them. You’ll take to drink, the toddy that is the staple hospitality drink served by the villager. When broken in mind and body, you will creep back to the city, looking and behaving like a tropical tramp off a banana boat, good intentions ridiculed and rejected. You’ll be met with hostility and suspicion by co-workers, politicians, and even the intended recipients of aid.” When they saw my determination, my mother was reluctantly supportive, and my father came around slowly. My bosses were also very hesitant to let me go to a village but conceded when they found me passionately determined. They prodded, quizzed, needled and unsettled me for days until finally they stopped, satisfied that I knew what I was choosing.

I had always been on the side that criticised and evaluated the government and other public institutions, first as a journalist and then as a civil society activist. Now I was entering the very structure that I had questioned all these years. Most people who knew me were surprised at my decision — “You and the establishment?” After all, a public sector institution was also a state controlled body. To some extent, so was I. But beneath the trepidation, there was excitement.

As a journalist, I was often frustrated at not being able to bring about a change. I could see andshow, hear and be heard, but that was it. I remember, after one particularly passionateoutburst in which I felt like joining a protest rally against corruption, which I was actually covering for my newspaper, my mentor warned me, “You are a journalist, not an activist.”

Something about rural India was just calling me. I wished to connect with my roots and to explore my own spiritual relationship with the villages on a much deeper level. I have always had a passion for development and social service, so it was only natural for me to go to villages to work in this arena.

I had the most snobbish, exclusive education imaginable and could have qualified for any lucrative job. But I was always assailed by a terrible guilt. “How is it possible that some people live in such penury — and we who go through the best of education don’t give anything back?” I wondered. It was this combination of a prickling conscience with compunction and anger that drove me to seek a career in rural finance.

The city postings had great attraction; apart from allowances and incentives, they enjoyed the status of financial philosopher kings in the making. They also got an opportunity to acquire a robust set of financial skills that could help you leapfrog ahead in your career; one also acquired an appendage of an exalted nature: forex expert, wealth manager, corporate banker, and credit head.

To me, it seemed that the physical, intellectual and emotional adventures the job provided were adequate compensation for those truly passionate about serving villages, despite the monetary loss and mental and physical hardship one suffered. Those days we didn’t have the new generation private banks we have today, and the so called elite bankers in our organisation monopolised most financial events. They soon became perfumed young men with shiny attaché cases, and welcomed as banking yuppies. Their assignments were a sure passport to the charmed circles of the bank.

The rural and corporate branches of a bank were worlds apart. Visiting a rural bank office, you could expect to see the staff in casual street clothes instead of the flamboyant corporate bankers’ impeccable three-piece pinstripe suits and Hermes neckties with matching pocket squares. You were more likely to find a rusty motor scooter leaning against a tree outside an archaic-looking, weather-beaten and sparsely furnished office than the polished marble counters, carpets and luxury cars parked in reserved spaces of metro offices.

While we rural managers survived on snacks infested with marauding flies followed by poisonous-looking syrupy tea, our glamorous colleagues cruised in fast cars and their modes of entertainment were Jazz Yatra concerts. Men wore suits and fat-knotted ties, yellow and pink; women frilly dresses. Their assistants would be dressed preppily in polo shirts and khaki pants, hair tied into taut ponytails and speaking with a coolly British accent or the upper crust Indian version of it. In contrast, rural bankers had to put up attire acceptable to the rural culture.

Hazardous roads made sophisticated two wheelers out of the way. Instead, the hardy but clumsy looking Yamaha, used by dairy owners for carrying milk to nearby towns, were the staple transport for not just bank officers, but for all government staff working in villages. I knew there were no rewards for working in villages. Even today, when unemployment rates have zoomed and amenities in rural areas have improved considerably, it is still considered a stigma to be posted in a village. In our time, you lost out on promotions and languished in obscurity on the matrimonial map. At worst, you suffered the image of having been punished for barking at the management by being posted to God-forsaken places. I had known a multitude who could make nothing out of rural careers except returning with a baggage of health problems.

But there were brighter sides also, particularly if you were imbued with an adventurous spirit of transforming the society around you. I believed there were so many wonderful development programmes that were not reaching the poor. If one could risk an adventure, there could be sure rewards for a determined individual. I had taken a rural assignment out of my own desire for an engagement with development programmes in villages.

A college education is not always essential for being groomed as a banker but if, in addition to the liberal culture gained at a university, a man acquires a special knowledge of finance, economics, sociology, psychology, history and the science of governance, he is better fitted to handle the varied problems of both traditional and modern banking. A background in social anthropology and agriculture can be of immense help for bankers handling rural financial operations.

Any achieving banker will soon find himself thrust out of a comfortably known field into an unfamiliar one. He must be open to challenges. He must learn the ropes by himself before he can guide others. A banker must master and micromanage details. A banker knows the surface of many disciplines but depths of none; he should be ready to unlearn certain theoretical assumptions if his life experience warrants him to do so. Most important of all, they need the ability to learn quickly and continuously, openness to new challenges, a disciplined professionalism, an outgoing and inquisitive nature, an analytical and systematic mind, and negotiating savvy and personal integrity.

My four decades in rural banking have been the fruitful phase of my life. They kindled the flame of my passion for rural India and shaped the contours of my engagements with its change agents, particularly the tenacious and gritty women who are shaping a society in the face of most challenging odds.