India   All India  16 Aug 2021  India’s infrastructure in Afghanistan at stake
India, All India

India’s infrastructure in Afghanistan at stake 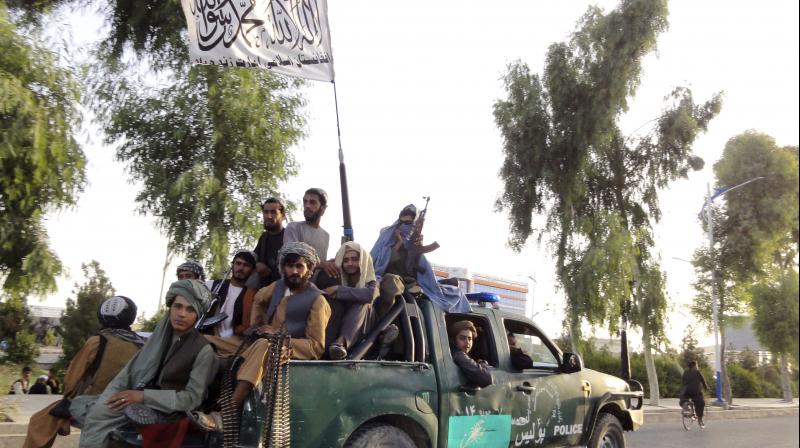 New Delhi: India was left stunned on Sunday by the rapid collapse of the Afghanistan government led by close friend President Ashraf Ghani whom it had strongly backed all these years and the US-trained and equipped Afghan National Army, after the Taliban entered Kabul.

While some reports said that India has put in place contingency plans to evacuate hundreds of its officials and citizens from Kabul that has been gripped by fear and panic, others said that New Delhi had evacuated Indian diplomats from the Afghan capital that was engulfed in chaos throughout the day.

People familiar with the development told PTI that the government will not put the lives of its staffers at the Indian embassy and Indian citizens in Kabul at any risk and plans have already been finalised in case they require emergency evacuation.

It is learnt that a fleet of the C-17 Globemaster military transport aircraft of the Indian Air Force is kept on standby to undertake evacuation missions, PTI reported.

An Air India flight from Delhi hovered over the Kabul airport for about an hour on Sunday waiting for the air traffic control permission before it could finally land with 40 passengers on board, while the corresponding return flight left the Afghanistan capital hours later with 129 passengers.

According to officials of Air India, there is no plan yet to cancel the Delhi-Kabul-Delhi flight and that it is scheduled to operate on Monday too. Currently, only Air India is operating flights between India and Afghanistan.

Disturbingly, the humanitarian and development assistance from India of over $3 billion to Afghanistan, under which more than 500 infrastructure /development projects were undertaken in the past two decades, is now all in Taliban hands. Questions will now be raised on the viability of India developing the Iranian port of Chabahar which had so far given New Delhi sea-land access to Afghanistan and beyond that to Central Asia via Iran.

New Delhi had recently declared that any capture of power by force in Afghanistan would lack international legitimacy but this is now a fait accompli with nations like Russia and even China being openly soft on the Taliban.

India is in a tricky situation where it has to decide whether to engage with the Taliban with whom its experience has not been pleasant from 1996 to 2001 when it ruled Afghanistan previously. New Delhi may have no option but to rely on time-tested friend Russia to help secure Indian interests in the strife-torn nation. The Russians have apparently indicated that they would not be evacuating their diplomats from Kabul, further evidence perhaps of the increasingly close ties between Moscow and Islamabad. New Delhi is believed to have opened some communication channels in the past few weeks with a section of the Taliban that was seen to be not under Pakistani influence, but clearly this may not be enough now.

Ironically, India had earlier this year announced that it would build a second dam in Afghanistan — the Lalandar (Shatoot) which was to be the second major dam being built by India in Afghanistan, after the India-Afghanistan Friendship Dam (Salma Dam), which was inaugurated in 2016. India had also built the Parliament building in the Afghan capital. But all this assistance could very well go down the drain, with no guarantees on what the Taliban will do next.

Till early this month there were as many as 1,500 Indian nationals working or staying in Afghanistan following which New Delhi had issued advisories asking all its nationals to leave at once. Almost all are believed to have left.

Surprisingly, till just a few months ago, Afghan diplomats in Delhi had exuded confidence that the Afghan National Army would not crumble even if the Americans pulled out, yet that is exactly what happened, with several cities including Kabul and Mazar-e-Sharif falling uncontested into Taliban hands. The Afghan embassy and its diplomats in New Delhi represent the now-vanquished erstwhile Ghani-led government in Kabul and India is likely to let the status quo prevail and let them stay on just as it did from 1996 to 2001.