India   All India  16 Sep 2017  Why affiliation should not be withdrawn: CBSE showcauses Ryan International
India, All India

Why affiliation should not be withdrawn: CBSE showcauses Ryan International 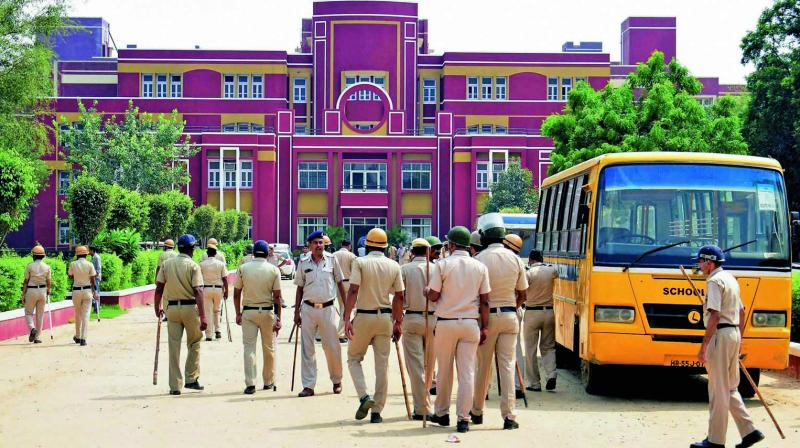 The CBSE has given 15 days to Ryan International School’s authorities to respond to its notice. (Photo: PTI)

New Delhi: The Central Board of Secondary Education (CBSE) on Saturday issued a show-cause notice to Ryan International School, Gurgaon, asking why its affiliation should not be withdrawn following the murder of a seven-year-old boy on the campus.

The CBSE has given 15 days to Ryan authorities to respond to its notice. The education board, in its notice, said the boy's death could have been averted had the school authorities discharged duty with responsibility, care and sincerity, PTI reported.

Pradyuman Thakur, a student of Class 2 in Ryan International School of Bhondsi campus, was found with his throat slit in the school toilet.

He was immediately rushed to a private hospital where doctors declared him brought dead. A knife has been recovered from the scene of the crime, said a police official.

The postmortem report that was released earlier on Saturday stated that the boy died of shock and haemorrhage.

Report also added external injury caused by single edged sharp weapon and its consequences were enough to cause death in normal case of nature.