India   All India  16 Sep 2018  No grudge against officers approaching SC on AFSPA: Sitharaman
India, All India

No grudge against officers approaching SC on AFSPA: Sitharaman

Defence Minister said officers have chosen to go to court as there is a 'certain sense of worry' in their minds which she can understand. 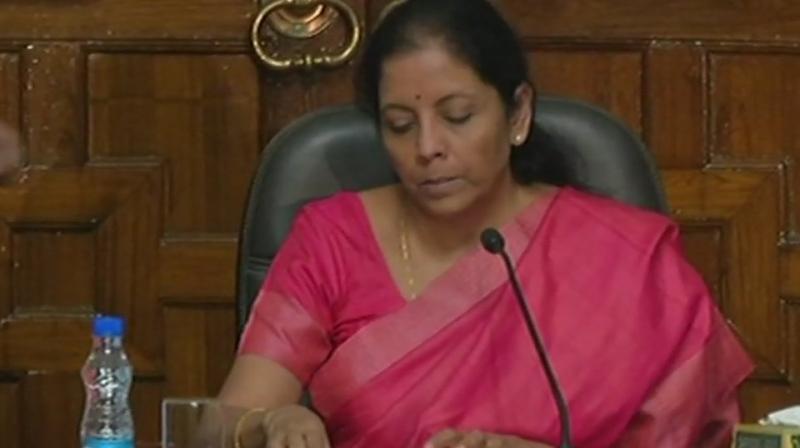 New Delhi: Defence Minister Nirmala Sitharaman has said she has no "grudge" against a group of Army officers who have approached the Supreme Court to present their views on cases relating to the Armed Forces Special Powers Act (AFSPA).

The defence minister said the officers have chosen to go to the court as there is a "certain sense of worry" in their minds which she can understand.

In an unusual move, around 700 Army officers and soldiers have approached the Supreme Court, requesting it to protect the bonafide action of soldiers under AFSPA, and voicing concerns over reported move to dilute some provisions of the law which protects the security forces from prosecution without the Centre's approval.

"Grievance redressal is a right. I will never want to say if you have a grievance, you should not voice it. I will never say that," she told PTI when asked about the issue.

"There are institutional mechanisms available for grievance redressal within the Army, Navy and Air Force. So it is possible for men or officers to have grievance redressal institutionalised within the forces. But if in the case of AFSPA, they have chosen to go to the court, there is a certain sense of worry in the minds of men and officers and I can understand that," she said.

Sitharaman said AFSPA law was brought "to address situations which are absolutely unique and very challenging."

"Now, if that is, from the point of view of human rights, taken to the court and the court is giving a full hearing and justice to hear everybody out, and if the officers and men felt they also would want to give their argument, I cannot grudge that. I really cannot grudge that. We are speaking up for the men and officers who are on the field and that is why the advocate general, attorney general appear on behalf of the government's position. So we will hope that the court gives a good comprehensive hearing," she said Jammu and Kashmir, Manipur and a number of states in the North East were brought under the AFSPA which gives the security forces special rights and immunity in carrying out various operations.

There has been a long-standing demand from various quarters in J-K and the Northeast to withdraw it.

The Supreme Court has been hearing cases relating to alleged extra-judicial killings in Manipur by the security forces. Army Chief General Bipin Rawat disapproved of the move by the serving officers and soldiers to approach the top court in their personal capacity.

At the same time, he had said the armed forces and the defence ministry are steadfastly behind all officers who have conducted operations in Jammu and Kashmir and the north east.