India   All India  16 Sep 2019  Afghanistan will not be renamed, says envoy
India, All India

Afghanistan will not be renamed, says envoy 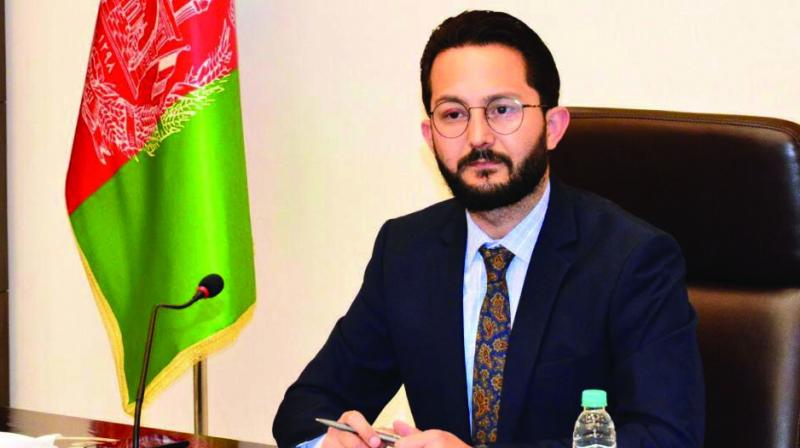 New Delhi: The Afghan government has made it clear that it will not allow certain “red lines” to be breached in the pursuit of peace in the war-torn country, one of them being the hard-fought improved status of women and representation given to them in the country’s polity. The troubled nation, regarded as the “heart of Asia” geographically, is once again in the global spotlight following the collapse of peace talks between the United States and the Taliban.

In an exclusive interaction with this newspaper, Afghanistan’s young Charge d’Affaires (Cd’A) Tahir Qadiry outlined these “red lines”. “One is the that the name of the country would continue to be the Islamic Republic of Afghanistan”, he said, making it amply clear that it would not be the “Islamic Emirate of Afghanistan”, the name by which the Taliban calls the country.

“Another red line is the Constitution of the country which has to be respected. Yet another is the rights enjoyed by women who comprise as much as 27 per cent of the members of our Parliament,” Mr Qadiry, a former journalist, said.

Asked about the Taliban, Mr Qadiry said, “If they wish to join the peace process, they must first integrate with Afghan society.”

He said the Afghan government was committed to holding national elections later this month on September 28. But the Afghan Cd’A pointed out that despite the situation in parts of his country there are many areas that are completely safe that include the northern, eastern central parts of the country, even as he encouraged more people-to-people contact with India.

Among those, for instance, who refused to be cowed down by the situation and visited the Afghan capital Kabul recently is Delhi resident Charu Das who runs an NGO, the CD Foundation. “Kabul is a beautiful city and one of the highlights was being able to participate in the Indian Independence Day festivities there at the Indian Embassy,” she told this newspaper.

Meanwhile, on the complaints filed recently at the United Nations by his country against Pakistan which has been accused of firing on Afghan territory and violating Afghan airspace, the young Afghan Cd’A avoided any direct criticism of Islamabad but said Afghanistan has been a victim of terrorism and that all nations have to act jointly against terrorism.

Pakistan, incidentally, is seen to be the main backer of the Taliban which has launched deadly terror strikes including suicide attacks in Afghanistan, killing hundreds of people. In fact, it was one such gruesome terror attack carried out by the Taliban a few days ago that compelled the US to cancel the peace talks it was holding with the dreaded outfit. But with the situation there still volatile amid unrelenting attacks by the Taliban, it will be some time before more Indians visit the beautiful country that once used to be one of the favourite destinations of Bollywood film-makers way back in the 1970s.