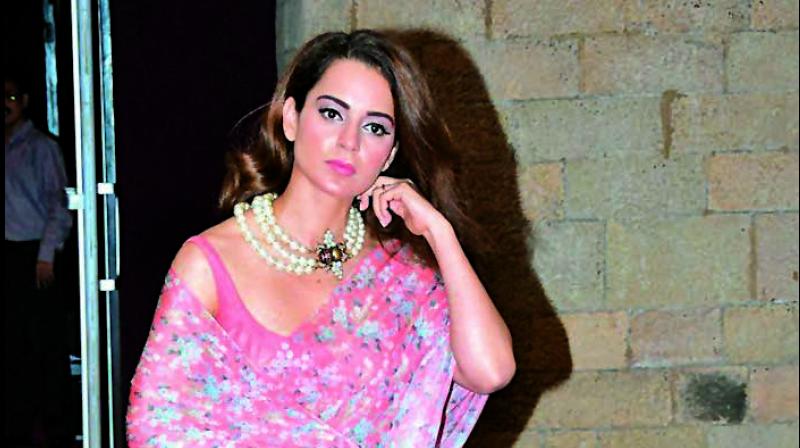 Mumbai: Days after the Brihanmumbai Municipal Corporation (BMC) razed unauthorised alterations at Kangana Ranaut’s office, the Bollywood actress has demanded compensation worth Rs 2 crore from the civic body citing the demolition ‘illegal’. She has filed an amended petition before the Bombay high court seeking the damages.

In her amended petition, Kangana has stated that the BMC demolished 40 per cent of the office, which included valuable property such as chandeliers and rare artworks. She has also sought interim relief to take steps to make the property “capable of use” after the demolition.

“The large-scale illegal demolition has caused damage estimated to be around `2 crore,” the plea said.

The BMC had issued a 24-hour stop-work notice to Kangana on September 8 citing illegal alterations in the renovation and finishing work at her office at Pali Hill, Bandra. To this, Kangana had filed a plea in the high court seeking interim relief of stay on the demolition work. While the BMC went ahead with the demolition of unauthorised structures on September 9, the court stayed further demolition and directed the civic body to file an affidavit. The court will hear the petition and BMC’s response on September 22.

In the amended petition, Kangana has said the civic body’s claims of 14 alterations and additions to the property were not substantiated by proper evidence. The petition further said the presence of BMC staff and police officials outside the premises on September 9 even before civic authorities rejected her response to the stop-work notice showed the action was premeditated and taken with ‘malafide intentions’ and ‘ulterior motives.’

The actress claimed that the BMC’s action was because she was recently at “loggerheads with the Maharashtra government” regarding her views on certain issues. Kangana has found herself in controversy after her criticism of Mumbai police’s handling of Sushant Singh Rajput’s death investigation. She had also referred to Mumbai as “Pakistan-occupied Kashmir” evoking a sharp response from the Shiv Sena leaders. After her spat with Sena leaders, she got security from the BJP-ruled Centre.