India   All India  16 Sep 2020  Now the COVID poor are selling their plasma to survive
India, All India

Now the COVID poor are selling their plasma to survive

Meanwhile, patients are seeking the intervention of government to stop misuse of plasma donation by some middlemen for monetary gain 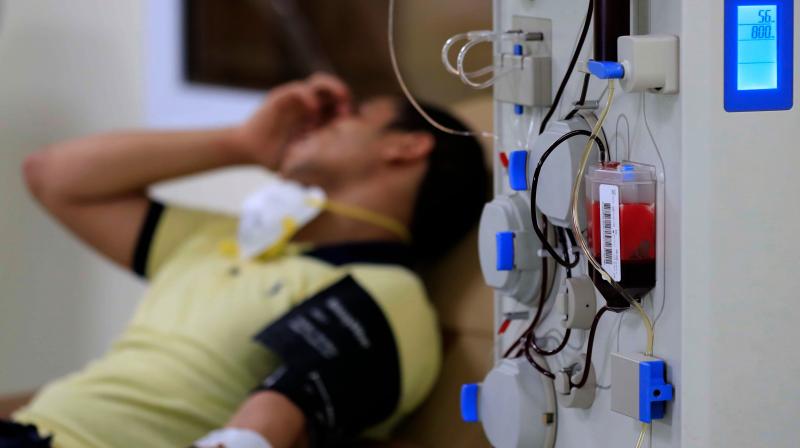 Though the AP govt has announced financial incentives to plasma donors, there is no clarity as to who will release that amount to the donor. (Representaional Image: AFP)

In a recent case at Indian Red Cross Society’s (IRCS) blood bank in Nellore, a voluntary donor expressed his interest to donate his plasma and when the authorities informed him that he would get Rs 5,000 as financial incentive announced by the state government for the donation, the donor asked for more money.

In another case in Visakhapatnam, a senior government official was infected with COVID-19 and was in need of plasma. The health authorities identified a suitable donor and asked him whether he could donate plasma as his blood group matched the patient’s. The donor reportedly asked for more money, claiming financial hardships in his family due to COVID-19 pandemic.

Though the government has announced a financial incentive of Rs 5,000 for a plasma donor, there is no clarity as to who should release that amount to the donor.

Plasma therapy is free for COVID-19 infected patients taking treatment in government hospitals but in the case of IRCS blood banks, they are charging Rs 14,000 per 400 ml plasma which comes in two units of 200 ml each. Permitted private blood banks are also charging Rs 10,000 to Rs 12,000 per 400 ml of plasma.

On the other hand, some middlemen with access to a list of COVID-19 infected and recovered patents and registered donors of plasma, are arranging plasma donors for patients especially in notified COVID-19 hospitals in exchange of money.

Some corporate hospitals too are offering ‘good commission’ to middlemen who can arrange the donation of plasma of specific blood groups.

ICRS blood bank chief medical officer at Nellore Dr Yashovardhan said, “We are allowing only voluntary donors of plasma and the donated plasma is being offered to the required patients following the government fixed cost only as we have to collect and process it before transfusion to the patient.”

Meanwhile, COVID-19 infected patients are seeking the intervention of the state government to arrest misuse of plasma donation by some middlemen for monetary gain.