The overall AQI deteriorated further and touched the 268 mark, which falls in the poor category. 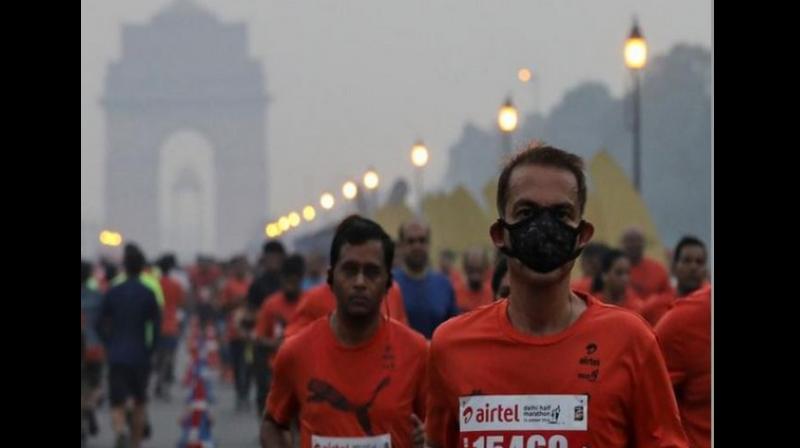 New Delhi: A layer of haze lingered over the national capital on Sunday as air quality in several parts of the city plunged to the "very poor" category, days before strict measures to fight air pollution come into force under the Graded Response Action Plan (GRAP).

The overall AQI deteriorated further and touched the 268 mark, which falls in the poor category.

Perturbed by the situation, Delhi Chief Minister Arvind Kejriwal tweeted, "All the gains achieved so far on pollution front will be nullified. Whereas we need to do a lot in Delhi and we are trying, however, all governments and all agencies need to work to stop crop burning also (sic)."

On Saturday, he had said smoke from crop residue burning in neighbouring states has started reaching Delhi and the air quality has started deteriorating.

"It has been widely reported that the smoke coming to Delhi is due to the burning of stubble in Karnal, Haryana," he had said.

The Centre-run System of Air Quality and Weather Forecasting and Research said smoke from stubble burning will make up six percent of Delhi's pollution by October 15, when GRAP comes into force in the Delhi-NCR region.

Prepared by Central Pollution Control Board, GRAP lists various actions to be taken according to severity of pollution.

The 10-member task force on the Graded Response Action Plan had on Friday held a meeting on the stubble burning incidents reported from Punjab and Haryana, and its likely impact on Delhi-NCR's air quality.

V K Soni, a senior scientist at the India Meteorological Department, who attended the meeting, said winds are calm due to monsoon withdrawal, leading to low dispersion of pollutants.

Also, wind direction has changed to west and north west, he said.

Westerly and northwesterly winds bring dust from western regions and smoke caused by burning of crop residue in neighbouring Punjab and Haryana to Delhi-NCR.

Though Haryana has reported a slight decrease in the number of stubble burning incidents, Punjab has reported a massive increase of 45 pc in such cases till October 11, according to data of pollution control boards of the two states.

Despite a ban on stubble burning in Punjab and Haryana, farmers continue to defy it amid a lack of financial incentives.

State governments are providing 50 to 80 pc subsidy to farmers and cooperative societies to buy modern farm equipment for in-situ management of paddy straw and running a massive awareness campaign against stubble burning.

Starting October 15, stricter measures to fight air pollution will come into force in Delhi and its neighbourhood as part of the Graded Response Action Plan, which was first implemented in Delhi-NCR in 2017.

These measures include increasing bus and metro services, hiking parking fees and stopping use of diesel generator sets when the air quality turns poor.

The measures to be followed in the "emergency" situation include stopping entry of trucks in Delhi, ban on construction activities and introduction of the odd-even car rationing scheme.