India   All India  16 Oct 2019  ‘Am accused of stealing goats, hens’: Azam Khan breaks down at poll rally
India, All India

‘Am accused of stealing goats, hens’: Azam Khan breaks down at poll rally

The SP leader said he was paying the price for protecting the interests of people of Rampur. 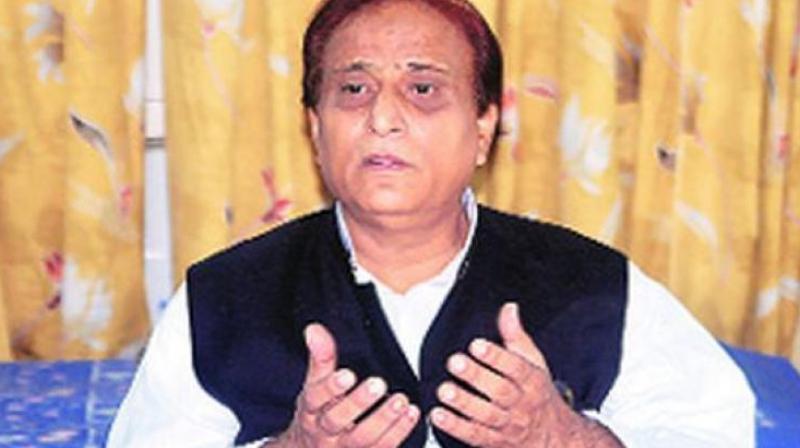 Rampur: Senior Samajwadi Party (SP) leader Azam Khan turned emotional and broke down into tears while addressing an election rally in Rampur, stating that he has been now been accused of stealing goats and hens.

Khan was addressing an election rally here on Monday for upcoming by-polls.

“I have been slammed with IPC 307 (attempt to murder). My self-respect proved too costly for me, my friends. Now, the accusation that I have stolen goats and hens will also remain with me!” said Khan.

“O God! Why didn’t you kill me at that very moment if I had ever committed such a crime?” he rued.

The SP leader said he was paying the price for protecting the interests of people of Rampur.

“This is all happening because I have neither sold you nor myself,” he said.
Khan is currently facing a slew of criminal cases in connection with land encroachments by the Mohammad Ali Jauhar University.

Khan on October 5 had appeared before the Special Investigation Team (SIT), which interrogated him for two and a half hours.

The court has now listed the next hearing in the case on October 29. Over 80 cases have been registered against the SP leader.

In the upcoming Rampur assembly poll the SP has fielded Azam Khan’s wife Tazeen Fatima, the bypoll was necessitated due to Khan’s election to the Lok Sabha in the parliamentary elections.