India   All India  16 Oct 2019  Are you malnourished? Quite possibly
India, All India

Are you malnourished? Quite possibly

Paying the price of a poor diet and amending our ways. 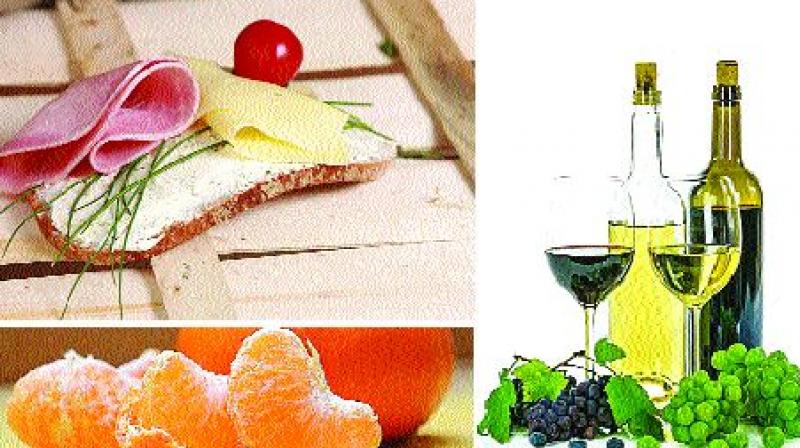 The word ‘malnutrition’ tends to invoke images of starving children in refugee camps, fleeing conflict or drought in lands far-away. While that image does reflect a reality of hunger, it does not solely define malnutrition nor those who suffer from it.

Certainly with more than 820 million hungry people in the world, most of them living in our Asia-Pacific region, undernourishment is definitely a huge problem and one that has stubbornly vexed attempts to crack.

But there are other malnutrition phantoms in our midst and these are probably lurking closer to your own home than you might realise. Waistlines of men and women have been expanding in recent decades and there are now more than two billion overweight adults in the world — while 670 million of them are obese. More than 120 million children and teens are also defined as obese.

What we eat, of course, defines how well-nourished (or malnourished) we are.  In other words, it’s not simply quantity (as in how much we eat) that’s causing the malnourishment, it’s more to do with what we’re eating — or not eating. Simply put, the world is facing a triple burden of malnutrition — from undernourishment, micronutrient deficiencies (lack of vitamins and minerals) and from becoming overweight or obese.

There are, of course, reasons (and excuses) for the weight gain. Lifestyles and diets have changed. Increased urbanization indirectly contributes to it as does the pressure of everyday life – and the reliance on processed, fast food. Indeed, in many countries of the Asia-Pacific region, we are bombarded by advertisements encouraging us to eat more junk food high in sugars, salt and fats. Meantime, many people consume fewer fruits, vegetables and other foods high in fibre. It seems we’ve forgotten that an apple a day keeps the doctor away!

Technologies such as computers and smart phones, which bring us much of our entertainment these days, encourage more sedentary lifestyles which mean the additional calories we are absorbing are not being burned due to a lack of exercise. That’s simply a ‘fat fact.’

This phenomenon of poor diets is not restricted to urban areas or richer countries or wealthier people within poorer countries. Some people, due to where they live, don’t even have the option to buy healthier foods. Fruits and vegetables, in some cases, are either not available or might be deemed too expensive — so they eat whatever is available — often fried street foods.

Paying the price of a poor diet and amending our ways.

As with most excesses, there is a human and monetary price to pay for all of this. Diets have become so unhealthy, that when combined with sedentary lifestyles, they rank as the world’s primary risk factor for disability and death from non-communicable diseases such as diabetes, some cancers and cardiovascular diseases.

Apart from the human costs, the financial toll of malnutrition in all its forms — undernutrition, micronutrient deficiencies, as well as overweight and obesity — is estimated at USD 3.5 trillion per year. So, it’s clear, we have both a personal and collective best interest in changing our ways. But where to start and who leads?

As individuals, we can start by having a look in the mirror, and realizing that there are personal choices that we all can, and should, make about the foods we eat. But governments, farmers and the private sector have equally important roles. Governments can improve food systems by implementing policies that place a higher priority on nutritious foods. As one example, in the Republic of Korea, the city of Seoul is tackling rising obesity through a number of initiatives including certifying “smart meals” with lower levels of fat and salt at restaurants, child care centres and even pre-packed meals in convenience stores so that youth can identify a healthier option. And young people are key to turning this around – so parents, teachers and other mentors are vital to instilling healthy diets at a young age.

The private sector — food manufacturers, retailers, etc. — can improve the nutritional quality of their products and promote them as such to the public. Farmers can plant a wider variety of nutritious foods like fruits, vegetables, legumes and nuts. The diversification should even improve the farmer’s livelihood and help make his or her family more food secure in the process.

So we all have a role to play, particularly as the world has pledged to end malnutrition in all forms by 2030 as one of the key Sustainable Development Goals.

On October 16 this year countries worldwide will organise activities around World Food Day and this year’s theme calls upon us all to take action to achieve healthier diets. It claims “our actions are our future”. The future is already here. So our actions should start now.

The writer is an assistant director-general and regional representative of the Food and Agriculture Organization, based in Bangkok