The Supreme Court reserved its verdict on a batch of petitions in connection with the Ram Mandir-Babri Masjid land dispute case. 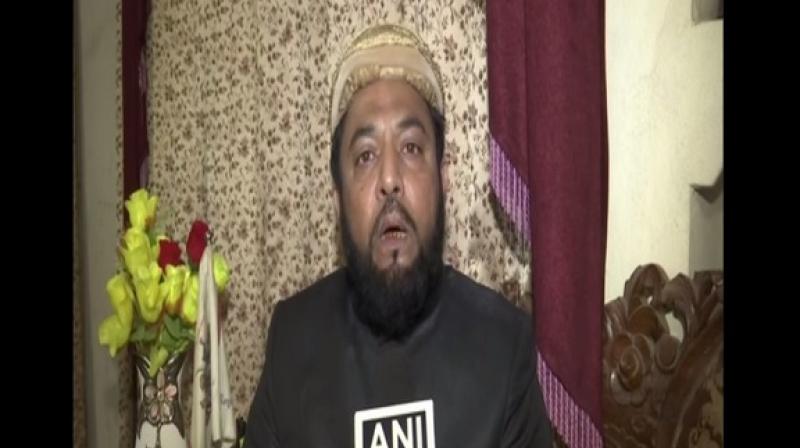 Hyderabad: Prince Yakub Habeebuddin Tucy, a Mughal descendant, on Wednesday hoped that before pronouncing the verdict in the Ram Mandir-Babri Masjid land dispute case, the Supreme Court will consider the faith of Hindus.

"I hope that the Supreme Court, before giving the judgement, will think about the 'aastha' (faith) of 100 crore Hindus. We hope that a temple should be built there. Earlier, I promised that we are going to give a golden brick," Prince Yakub told ANI here.

He further urged the people to not follow the All India Muslim Personal Law Board and AIMIM chief Asaduddin Owaisi as the "property belongs to Babar."

Prince Yakub had earlier claimed that he had received a 'fatwa' from Al-Azhar University, Egypt, stating that a Masjid cannot be built on the disputed land in Ayodhya.

Prince Yakub said that he had earlier written a letter to the Al-Azhar University mentioning how Babri Masjid was demolished in Ayodhya and now Hindus perform 'puja' there.

The Supreme Court on Wednesday reserved its verdict on a batch of petitions in connection with the Ram Mandir-Babri Masjid land dispute case.

The five-judge Constitution bench of the Supreme Court, headed by Chief Justice Ranjan Gogoi, reserved the judgement, after a marathon of 40 days of hearing in the case.

It is expected and very likely that the judgement would be pronounced by the top court between November 4-17, as the CJI is going to retire on November 17.

The apex court was hearing the case from August 6 this year, on a day-to-day basis (five days a week) after the mediation process, conducted by a three-member Mediation panel, headed by Justice (Retired) FMI Kalifullah, in the case failed.

The Supreme Court heard a batch of petitions challenging September 30, 2010, Allahabad High Court judgement trifurcating the 2.77 acres of the disputed land at Ayodhya into three equal parts among Ram Lalla, Sunni Waqf Board, and Nirmohi Akhara.

These three parties -- Ram Lalla, Sunni Waqf Board and Nirmohi Akhara --- however, knocked the door of the apex court challenging the Allahabad High Court verdict and sought the modification of the High Court judgement.