India   All India  16 Oct 2019  How will there be protection of biodiversity?
India, All India

How will there be protection of biodiversity?

Development of civilization in any natural zone would not have been possible if there had been no biodiversity on the planet earth. 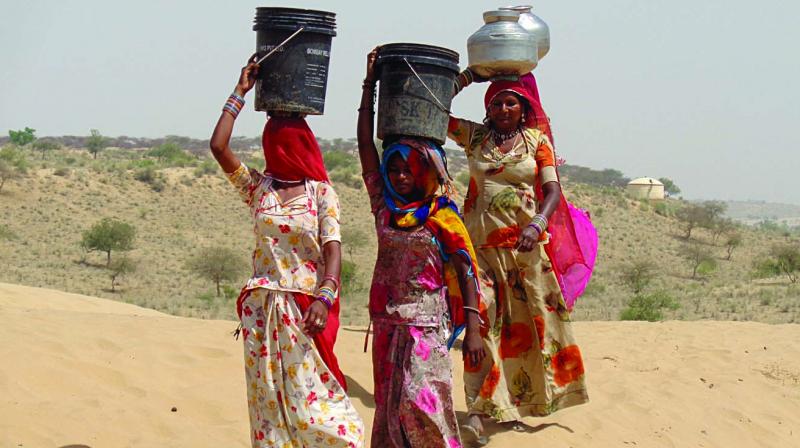 In the year 2020, when the United Nations Decade on Biodiversity comes to an end, the Biological Diversity Act will mature too. The Biodiversity Act was passed on 11th December 2002; under this act, the National Biodiversity Authority, NBA was formed. The NBA established its headquarters in Chennai. Subsequently, State Biodiversity Boards, SBBs were formed in all the Indian states. There was also the provision of formation of biodiversity management committees in village panchayats and urban bodies whose main responsibility would be implementing the Act. On 14 September, 2010, SBB was formed in Rajasthan on 14th September 2010, however, according to the provision of the board, biodiversity management committees have not been formed in local bodies. Rajasthan recognises the mixed biodiversity of the Aravali mountain ranges and the Thar Desert, but the state does not have any biodiversity laws and provisions.

Development of civilization in any natural zone would not have been possible if there had been no biodiversity on the planet earth. Biodiversity is based on the number and types of plants and animals that are found in a certain geographical area. Biodiversity drives the process of soil formation, soil erosion prevention, pollination and recycling of biological wastes, which are the basis of the existence of human civilizations here on earth. It enables activities of farming, animal husbandry, fruit production and food production. The creation of a stress-free healthy environment around human settlements is only possible through these biological functions. Many medicinal elements are obtained from nature; these disease-free medicines are made available to us only because of the richness of biodiversity. The Thar Desert is rich in biodiversity; it is in this desert where many life possibilities and excellent civilizations developed.

In the last five-six decades, people committed grave mistakes for the sake of modern development, which now pose an existential threat to the rich biodiversity of the region. Many animals and plants are extinct, and many more are threatened with extinction. A lot of factors contribute to the declining biodiversity such as Indira Gandhi Canal in the desert, use of tractor for farming under agricultural mechanisation, use of chemicals in irrigated farming, and neglect of development and conservation of traditional water sources and pastures. Moreover, mining without environmental clearances, roads constructed on natural habitats of animals, open live wires for electrification, waves emanating from mobile towers, windmills are all contributing to the rapid collapse of the world’s unique biodiversity.

Tractor farming has caused major damage to the biodiversity of the desert. A lot of vegetation is slowly dying. The fog plant that binds the desert soil is facing the threat of extinction. Sevan, dhaman, murat, deshi bordi, which are green due to light rain, are seen only in some places. Innumerable medicinal plants like bhurta, bakeri, kanti, jharaniya grass, sata, chandaliya, ganthia grass, tumba, ashwagandha, shankhpushpi, dhatura, regani, chamkus are also disappearing. Decline in biodiversity of the region has increased the spread of the desert. The desert is slowly swallowing up the arable fertile lands. Despite all these changes, the Biodiversity Board of Rajasthan remains inactive.

Modern development continues to wreak havoc on the flora and fauna of the region; birds like vulture, wild crow, neelkanth, woodpecker, owl and eagle have disappeared from the desert. Today’s new generation can only see them in books, or pictures. In the absence of animals such as jackal, nahar, gadra, hyena, which prey on the remains of dead animals, the environment becomes polluted. Despite such dire conditions, the state’s biodiversity board is indifferent to the collapsing biodiversity of the desert.

Traditional water sources in the desert and pastures known as Oran and Gauchar are the biggest sources of biodiversity development and conservation. But their condition is getting worse day by day. Alternative sources of drinking water brought in the name of development and fodder brought from other states can avoid the crisis of humans and domestic animals for some time, but cannot compensate for the collapse of biodiversity of the desert region. Life needs something more to live in addition to water and fodder. The government and community diverted attention from traditional water sources and pastures due to alternative arrangements made in the name of development. Traditional water sources have dried up, and loss of pasture vegetation is causing major loss of biodiversity. The non-availability of water hinders the growth of the local flora which further causes food crisis for the animals here. The lack of food drives them to death, or to migrate to other adaptation sites.

The destruction of biodiversity will not only affect the desert, but other areas will also be affected. The rapidly expanding desert is consuming fertile lands of agriculture every year. The fertile capacity of the land is decreasing as well. The number of organisms that damage crops and other plants is on the rise. The alkalinity of the land continues to rise. The impact of climate change exacerbated in the name of development by destroying the environment and ecosystem, has adversely affected the pace of this change that is taking place in the desert. The desert has started to expand into other states as well. Water crisis is rampant. Despite adequate rains during monsoons, due to the changing monsoon cycle and methods, the presence of drought and famine has ever been on the rise.

How will soil be formed if micro-organisms that take protection in the roots of plants get eradicated? This is something the government and the community should ponder upon. How will soil erosion prevent the disappearance of local vegetation? How will the killing of pollinating insects benefit the crops? Where will the creatures who build ecosystems find a new habitat when the water resources and pastures are destroyed? And if the ecosystem fails, how will human existence survive? Now is not the time to express concern, pass resolutions, and announcements in conventions, conferences, and meetings. The situation is critical. Before it is too late, there is still time to do something. Now is the time to revive the lost natural wealth of the earth. It is time to revive the dormant State Biodiversity Boards in all the states. The public will now have to awake the sleeping responsibility to combat climate change, biodiversity loss, and achieve environmental adaptability.