Govt withdrew the August 2 security advisory and said that tourists keen on visiting J&K shall be provided all necessary assistance. 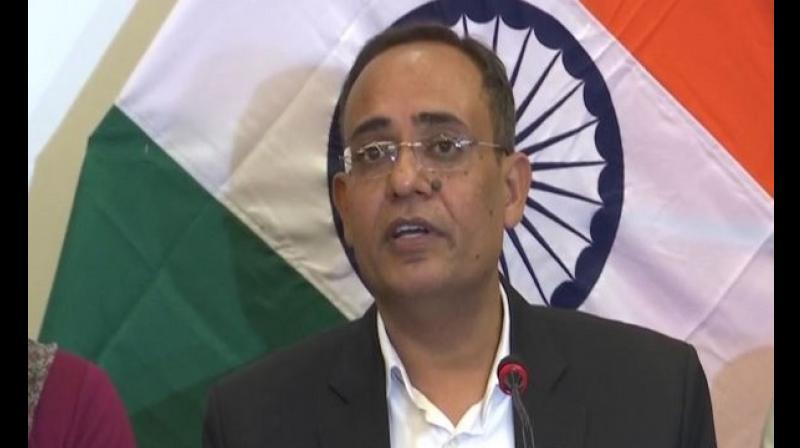 SRINAGAR: The Jammu and Kashmir government has begun an all-out effort to woo tourists, more than two months after evicting them from the Valley.

The officials said that there are encouraging signs of tourists returning to Kashmir as dozens of holidaymakers from various parts of the country visited the Valley’s premier resort Gulmarg past week and more are expected to come in the coming days.

“This is a good sign. We’re hopeful of tourists –both domestic and foreign- coming to the Valley in large numbers again with the onset of winter when Gulmarg would be buzzing with skiing and other snow-related activity,” said director tourism (Kashmir) Nisar Ahmad Wani.

However, several tour operators and other stakeholders said enticing tourists in the situation prevailing in the Valley may not be an easy task ahead for the J&K authorities.

In the first week of August, thousands of tourists, who were holidaying in Kashmir, quit the scenic Valley in haste after the state government asked them and Amarnath pilgrims to cut short their trip and return to their respective states.

An advisory issued by Jammu and Kashmir home department on August 2 had said that Pakistan-sponsored militants were planning terror attack on the Amarnath yatra and that the tourists and pilgrims are being asked to leave as early as possible also in view of the prevailing security situation in the Valley. Also, made tracks with tourists and pilgrims were thousands of seasonal labourers from different states of the country working in the Valley.

The subsequent events proved it beyond a shadow of a doubt that all the statements issued and measures taken by the government and various official agencies right from mid-July were part of the government’s ‘strategy’ to ensure return of pilgrims and tourists from the Valley before the Centre’s stripping J&K of its special status under Article 370 of the Constitution and splitting it into two Union Territories. Tourists and pilgrims were evacuated apparently to make sure that no harm comes to them in the event of public uprising that the government was anticipating will overwhelm the Valley over its contentious moves.

Last week, the government withdrew the August 2 security advisory and said that the tourists, keen on visiting J&K, shall be provided all necessary assistance and logistical support.

“Tourists are welcome to visit the state and they will be facilitated for their visit. ” said J&K government spokesman Rohit Kansal.