The PM also addressed meetings in Charkhi Dadri and Kurukshetra’s Thanesar town on his second visit in two days to the state. 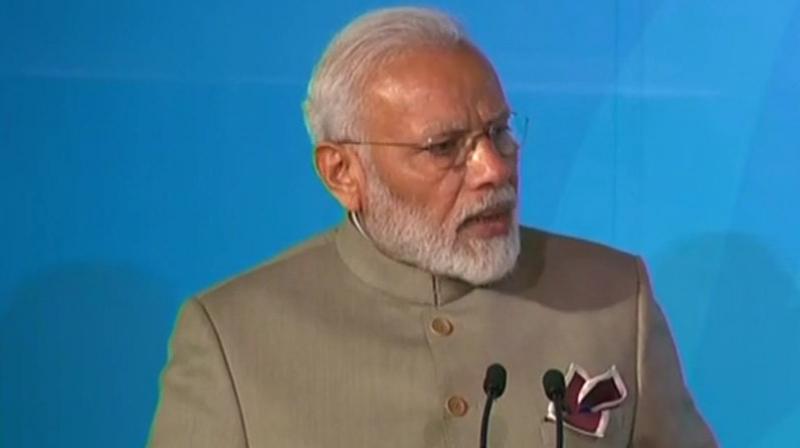 New Delhi: Pitching for wrestler Babita Phogat, the BJP candidate from Dadri in Haryana, Prime Minister Narendra Modi at a rally said even Chinese President Xi Jinping had seen the movie based on her and her father. Mr Modi also attacked the Congress for spreading rumours over the nullification of Article 370.

This newspaper had first reported on September 29 that wrestlers Babita  and Yogeshwar Dutt would be in the BJP list of candidates for the October 21 Assembly polls.

“People in Haryana say ‘Mahre choree choron say kam hain kay’ (Are our daughters any less than the sons). This voice has come from the villages of Haryana, and when this voice takes the shape of a campaign, the world is forced to say the daughters of India are ‘dhaakad’,” Mr Modi said while referring to the movie.

Babita became a household name after Dangal, a film about the struggle of her father and top wrestling coach Mahavir Singh Phogat to train her and her sister Geeta, became a runaway hit. The 29-year-old BJP candidate from Dadri is pitted against veteran politicians like Satpal Sangwan of the Jannayak Janta Party (JJP) and Nirpender Singh Sangwan of the Congress. Both have won this seat earlier.

Describing the girls of Haryana as “dhaakad”, Mr Modi said the Beti Bachao Beti Padhao campaign wouldn’t have worked without the support of Haryana villages. The PM accused the Congress leaders of spreading rumours abroad over the recent nullification of Article 370 and urged voters to punish the Opposition party in the coming Assembly polls.

Mr Modi repeatedly dared the Congress to openly say it would reverse his government’s decision to nullify Article 370 if it was voted back to power. “Some leaders of the Congress have been spreading rumours about this decision in the country and in the world. You can abuse Modi as much as you can and even import abuses from Bangkok, Thailand, Vietnam or from wherever you want. I have no problem if you speak against Modi. But they should stop backstabbing India, which is on the path of progress,” he added.

The PM also addressed meetings in Charkhi Dadri and Kurukshetra’s Thanesar town on his second visit in two days to the state.

Mr Modi said there was a feeling in Haryana and the rest of the country that J&K needed to be pulled out of the spiral of violence. “I want to ask the people of Haryana: Do you accept the decision on the abrogation of Article 370?” He said the decision was taken in the national interest and the whole country was standing by Jammu and Kashmir and Ladakh.