India   All India  16 Oct 2019  Sunni Waqf Board may drop claim to disputed land in Ayodhya: Sources
India, All India

Sunni Waqf Board may drop claim to disputed land in Ayodhya: Sources

The Waqf board's offer has to be accepted by the other parties to the dispute for the solution to work out. 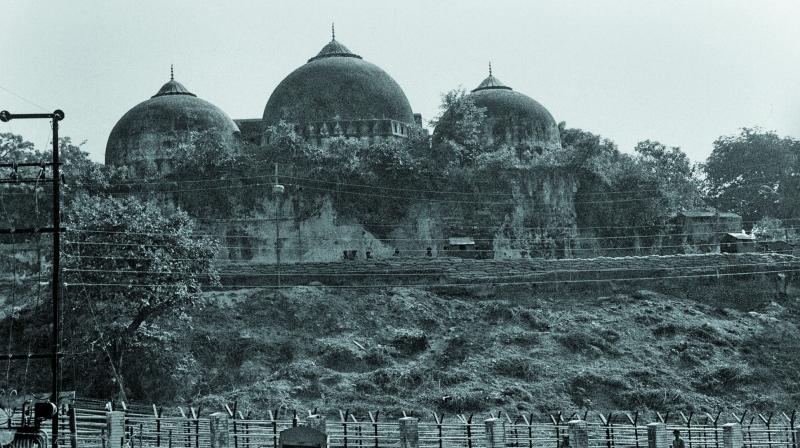 There is a possibility that the Supreme Court's verdict, likely next month, will reflect the points in the mediation report. (Photo: PTI)

New Delhi: The Sunni Waqf Board has offered to drop its claim to the disputed temple-mosque site in Ayodhya and has no objection to the land being taken over by the government for a Ram Temple, a mediation panel of the Supreme Court has said in its report, NDTV has quoted its sources.

Besides agreeing to give up its claim to the site of the razed Babri mosque, the Waqf Board has also asked that existing mosques in Ayodhya be renovated by the government.

The Waqf board has offered to build a mosque at any other suitable place, sources have revealed on the report that could lead to a breakthrough in the 134-year-old Ram Janmabhoomi-Babri Masjid dispute.

The mediation panel report also says the Waqf Board can submit a list of ASI (Architectural Survey of India) mosques and a court-appointed committee can name those that can be used for prayers.

The report calls for a National Institution for Harmony in Ayodhya, for which offers of land have reportedly come from Mahant Dharam Das and Shri Aurobindo Ashram of Pondicherry.

Details of the latest mediation effort emerged on a day the Supreme Court ended daily hearings on the dispute, saying: "Enough is enough".

Both Hindus and Muslims claim the land where the 16th century Babri mosque stood before it was brought down in December 1992 by Hindu activists who believed that it was built on the ruins of an ancient temple marking the birthplace of Lord Ram. The cataclysmic incident shook Indian politics and caused riots across the country.

Yesterday, senior lawyer K Parasaran, representing "Ram Lalla Virajman" or infant Lord Ram, argued: "There are 55-60 mosques in Ayodhya alone. But for Hindus, it is the birth place of Lord Ram...we can't change the birthplace."

The Waqf board's offer has to be accepted by the other parties to the dispute for the solution to work out.

It is not known whether the Nirvani Akhara, the Shankaracharya of Dwaraka and the Hindu Mahasabha have approved of the suggestion.

The report was submitted by Justice Kalifulla in the morning but the Chief Justice of India Ranjan Gogoi did not mention it today.

There is a possibility that the Supreme Court's verdict, likely next month, will reflect the points in the mediation report.

The Ayodhya judgement is expected to be delivered before Chief Justice Gogoi retires on November 17.