India   All India  16 Nov 2019  No entry to space for IAF test pilots with bad teeth: Report
India, All India

No entry to space for IAF test pilots with bad teeth: Report

The Russians are so particular about teeth in the selection process, perhaps because they had to abort a mission due to a toothache. 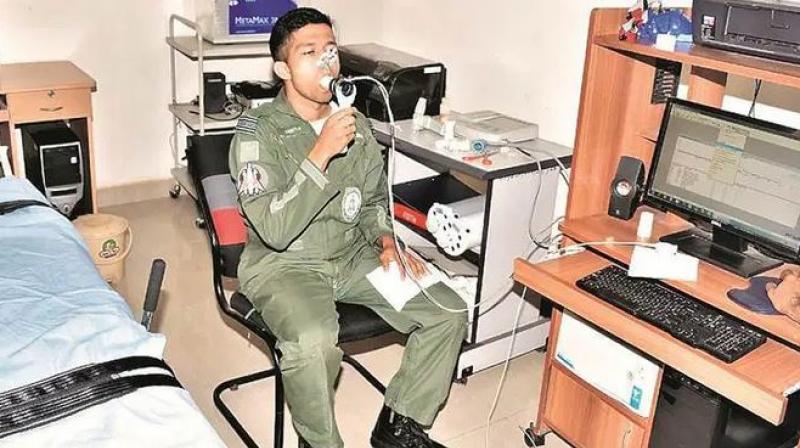 New Delhi: One of the most significant lessons that experts from the Indian Air Force (IAF)'s Institute of Aerospace Medicine (IAM) learnt over the last three months was that bad teeth can restrict an astronaut's opportunity to go to space.

According to The Indian Express' report, out of these 60, only 12 were shortlisted with the help of  Russian experts. They underwent generic training as astronauts at the Yuri Gagarin Cosmonaut Training centre in  Russia's Star City over the last 45 days.

So far, seven have completed the stint. The group will return to India where it will undergo strenuous training and tests including mission-specific training.

The final selection will consist of only three astronauts for the proposed launch by 2022.

''Dental problems were one of the major reasons because of which many candidates got rejected during the screening test in July and August,'' said the Indian Society of Aerospace Medicine fraternity at a conference.

It is almost after three decades that the IAM is finding its way back to the rigour of selecting candidates for space missions.

The last cosmonauts to go into space were Rakesh Sharma and Ravish Malhotra from 1982 and 1984 Russian-Soyuz T-11 mission.

Air Commodore Anupam Agrawal, Commandant of IAM said that the Russians are so particular about the teeth in the selection process, perhaps, because they had to abort a mission due to a toothache.

''When you sit with a flight surgeon who has a PhD in aerospace medicine and a cosmonaut with 562 days under his belt, he knows better,'' Agrawal said referring to a cosmonaut who was part of the team of Russian experts.

Most people who were rejected by the Russians had dental problems which could have created problems in the space flight.

According to Europe's space agencies like Europe's ESA, astronauts need good teeth because acceleration forces and vibrations during a space flight can be very strong and ill fittings could become loose or fall out, and the atmospheric pressure change may be painful when cavities are present.

Apart from dental problems, other aspects which were paid heed to were minor hearing and visual shortcomings

Russia is helping India with its first human space mission.