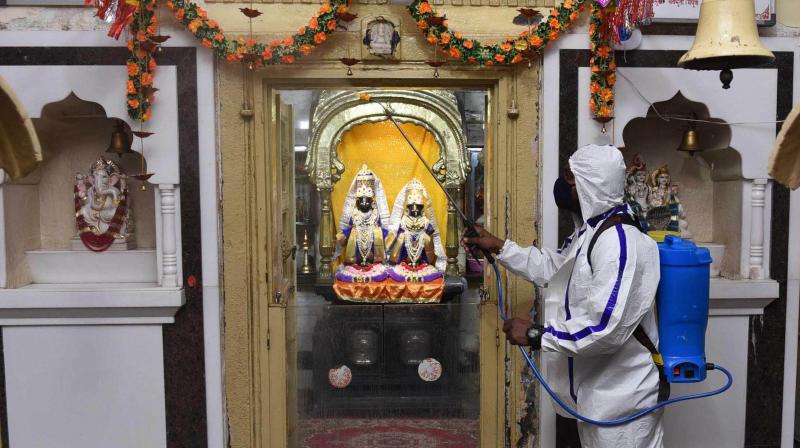 Mumbai: Maharashtra government's decision to reopen religious places has resulted in the game of political oneupmanship with the BJP calling it a win for Hindutva. However, the Shiv sena has countered it saying it was neither a victory nor a defeat of anybody.

"The government was forced to reopen the places of religious worship due to the protests by Hindutva organizations and the support extended to them by the BJP," said Praveen Darekar, the leader of opposition in the Vidhan Parishad.

Chief Minister Uddhav Thackeray on Saturday announced that places of religious worship in Maharashtra, which have been shut from March due to coronavirus-induced lockdown, will reopen from Monday.

The state government has also issued guidelines under which religious places located out of Covid-19 containment zones will be allowed to remain open as per the timings decided by the authorities and devotees will be allowed inside in a staggered manner.

"The State Government was against the reopening of religious places. But it relented as the BJP stood firmly behind the Hindutva organisations who demanded reopening of temples," said Mr Darekar.

Meanwhile, the BJP has decided to celebrate the decision with the darshan events at two of the most major temples in the states - Sai Mandir at Shirdi and Siddhivinayak Mandir in Mumbai - on Monday.

Tushar Bhosale, the chief of BJP Adhyatmik Samanvay Agahdi, will seek the darshan of Saibaba at Shirdi along with religious leaders, whereas BJP MLA Ram Kadam will visit the Siddhivinayak Mandir.