India   All India  16 Dec 2016  India one of the most welcoming countries for refugees: UNHCR
India, All India

India one of the most welcoming countries for refugees: UNHCR

Yasuko Shimizu, the chief of mission for UNHCR in India, was awarded the Indira Gandhi Prize for Peace, Disarmament and Development 2015. 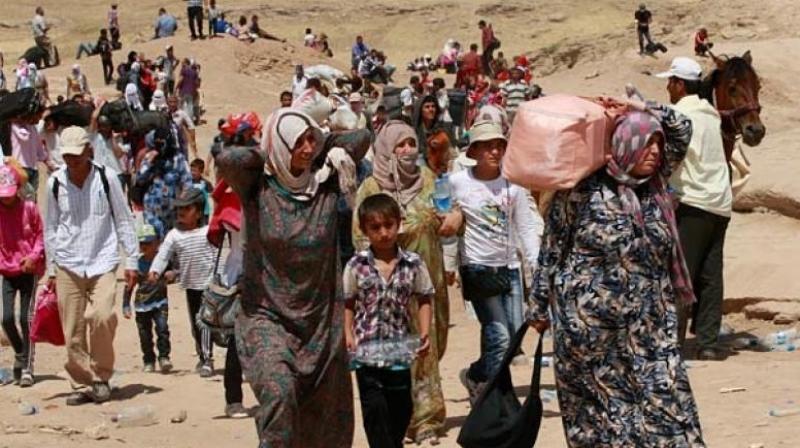 According to UNHCR Global Trends report, 65.3 million people (1 out of 113), were displaced from their homes due to conflict and persecution in 2015. (Photo: AFP/ Representational Image)

New Delhi: India is one of the most generous countries for refugees, ensuring safety and employment to the displaced people in the best of her capacity, United Nations High Commissioner for Refugees (UNHCR) said on Friday.

Yasuko Shimizu, the chief of mission for UNHCR in India and the Maldives, who was awarded the Indira Gandhi Prize for Peace, Disarmament and Development 2015, said that the country has helped refugees by providing work permits and issuing long term visas.

"India is one of the most generous countries for refugees. The country has given opportunities for such people to go for jobs by providing work permits. Although we give refugee cards to displaced people but the government here issues long term visas for them which is very helpful," Shimizu said.

She said that the UNHCR has taken several initiatives in collaboration with governments and local bodies on ground, to address issues concerning proper education for children belonging to such communities.

"Education is one of the most important issues for refugee families. We should have assistance for refugee children so that they can easily access education at local schools," she said.

Shimizu, who has served in various capacities at the UNHCR headquarters in Geneva and for many field operations in Afghanistan, Russia and Uganda, took up her current post in June 2016.

According to UNHCR Global Trends report, 65.3 million people (1 out of 113), were displaced from their homes due to conflict and persecution in 2015.

"Refugees are a result of political consequences in any country. We have been raising issues at the UN that humanitarian assistance cannot replace political concerns.

"India has been tolerant with people of different backgrounds, ethnicity and cultures which is not the case with many other countries," she said.

When asked about recent incidents of atrocities against African nationals in the capital city and the role of UNHCR during such incidents, Shimizu said, the lack of knowledge about culture in a different country sometimes creates problems.

"The body keeps advocating with NGOs, police, university students on ground to sensitise people about the backgrounds and cultures refugees come from. It is important to see how individuals react to them in society. There needs to be an atmosphere where one can understand about the exchange of cultures.

"It is not only the legal status that one should look at for refugees in other countries. Support to protect their life is also very important," she said.