Hazare who is also scheduled to visit Itanagar on Saturday said that he has learnt many lessons from his last Lokpal movement. 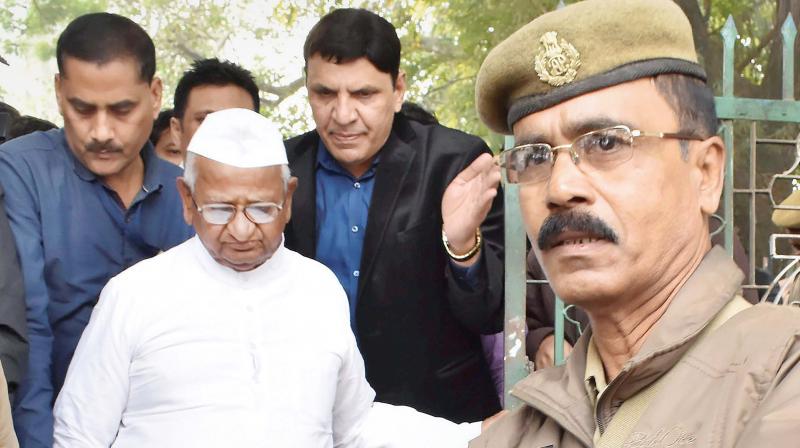 Guwahati: Noted social activist Anna Hazare here on Friday said that the present BJP-led government was giving more emphasis on the interest of industrialists than the farmers of the country.

Informing about his movement that he is going to start from March 23 in New Delhi, Mr Hazare told reporters that previous Congress regime headed by Manmohan Singh had weakened the Lokpal bill while it was frmaed. “The present government headed by Prime Minister Narendra Modi has further weakened the proposed Lokpal Bill by presenting an amendment in the parliament on July 27, 2016,” he regretted adding that the government has proposed an amendment, which provides immunity to relatives of government employees including wife, son daughter and others not to submit the details of their property every year.

The veteran activist said that he has written many letters to the Prime Minister Narendra Modi on various issues but never got the reply.

Mr Hazare who is also scheduled to visit Itanagar on Saturday said that he has learnt many lessons from his last Lokpal movement.

“I have learnt my lesson from my lat Lokpal movement as I saw people rising politically through my movement. This time volunteers have to sign an affidavit stating that they will not join any political party or float their own once they are part of this movement against corruption,” said Mr Hazare who was accorded grand welcome by his supporters. Mr Hazare who is on a nation-wide tour for his next movement also met a number of RTI activists and youths carrying out anti-corruption movement in the state.