India   All India  17 Jan 2017  Sidhu attacks Badals, says 'evil souls have to be rooted out from Punjab'
India, All India

Sidhu attacks Badals, says 'evil souls have to be rooted out from Punjab'

Sidhu said there is need to bring some concrete policy to generate employment and root out the drug menace. 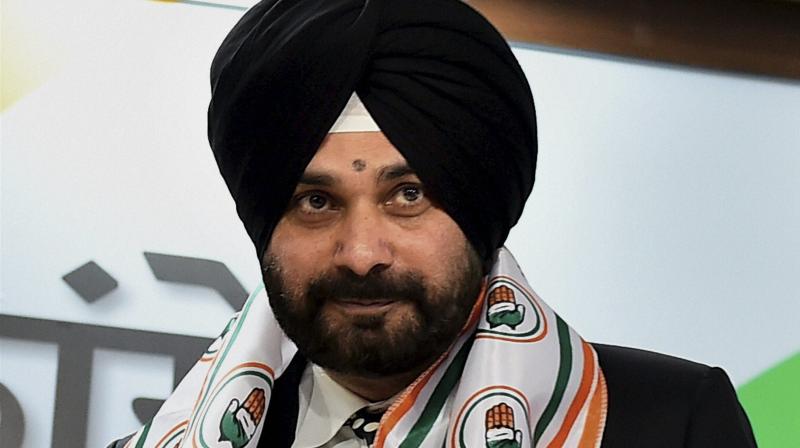 Navjot Singh Sidhu at a press conference a day after joining the Congress party at AICC headquarters in New Delhi. (Photo: PTI)

Amritsar: Cricketer-turned politician Navjot Singh Sidhu, who joined Congress just two days ago, on Tuesday said that "evil souls" need to be "rooted out" from Punjab so that rights of people in the state are protected.

He lashed out at the Badal family, saying "we have to root out evil souls from here".

We have to protect truth, religion and rights of each Punjabi, he said, adding, "here there is fight of truth and righteousness".

"We have to secure victory of Punjab. There is dire need of brotherhood in Punjab," he said.

"There is need to hold the evils from their neck to tell them to give us our right here," he said, adding that this is not fight of an individual but for the cause of Punjab and its people.

There is a dire need for unity in Congress in Punjab, he asserted.

He also paid obeisance at Golden Temple in Amritsar. Sidhu said there is need to bring some concrete policy to generate employment and root out the drug menace.

"I have special agenda for the people of Punjab to be revealed before public on January 20. I will also open the Pandora's box of SAD-BJP combine government as what they have done in the last ten years in Punjab", he said.

Gone are days when Punjab was recognised with green revolution as unfortunately the state has a new tag of drug addicts, he added.