India   All India  17 Jan 2018  Was an eyewash, Muslims cheated in the name of Haj subsidy, says AIMPLB
India, All India

Was an eyewash, Muslims cheated in the name of Haj subsidy, says AIMPLB

Mukhtar Abbas Naqvi on Tuesday announced in Delhi that there will be no subsidy for Haj from this year. 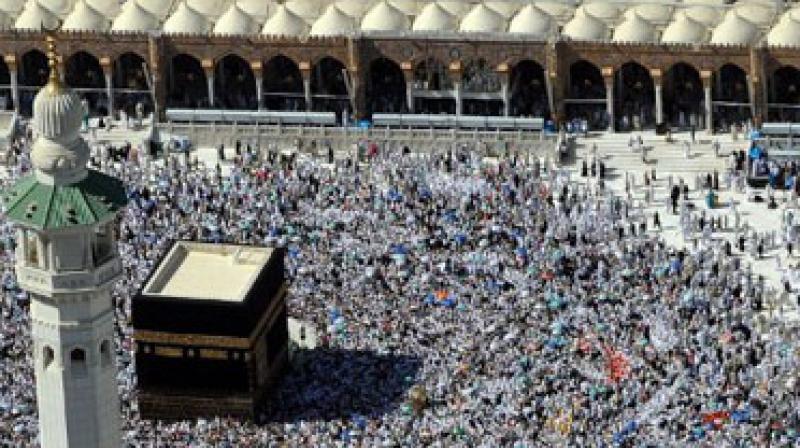 The decision is in line with a 2012 Supreme Court order, asking the government to do away with the subsidy, which had long been sought by the BJP. (Photo: PTI/File)

Lucknow: The government’s decision on revoking Haj subsidy has no meaning as there was no such concession and Muslims were being cheated in its name, the All India Muslim Personal Law Board (AIMPLB) said Tuesday.

“The subsidy was not given to those going on Haj but it was for Air India that is running in losses. It was an eyewash. Muslims were cheated in the name of the subsidy,” said AIMPLB general secretary Maulana Wali Rahmani.

“In normal days, tickets for Saudi Arabia come for Rs 32,000 but during Haj, Air India used to charge Rs 65,000 to Rs 1 lakh from those going for Haj. The fare will be less without subsidy,” he said.

“Haj-bound Muslims are bulk purchasers of Air India tickets and so their fare should be less. It’s rule of International Air Transport Association that if anyone is going for pilgrimage, he will be given 40 per cent discount. If the fare is not less, it should at least the same as on normal days,” he said.

All India Shia Personal Law Board Chairman Yasoob Abbas, on the other hand, said the board favoured subsidy on Haj.

“The government used to give subsidy to reduce loss of Air India. If the amount is now spent on education of Muslim children, it will be good but the poor who used to go to Haj will not do so now,” he said.

Samajwadi Party spokesman Rajendra Chowdhury said that Haj subsidy should not be revoked completely and facilities for those going for the annual pilgrimage should be increased.

Earlier on Tuesday, Union minority affairs minister Mukhtar Abbas Naqvi announced in Delhi that there will be no subsidy for Haj from this year and said the move was part of the government’s efforts to “empower minorities” without appeasement.

A record number of 1.75 lakh Muslims will undertake the pilgrimage this year from India, he said, adding the government had spent over Rs 250 crore last year on subsidising the annual pilgrimage of Muslims to Saudi Arabia.

The decision is in line with a 2012 Supreme Court order, asking the government to do away with the subsidy, which had long been sought by the BJP.

The BJP had cited the subsidy as an example of “Muslim appeasement” by parties such as the Congress.