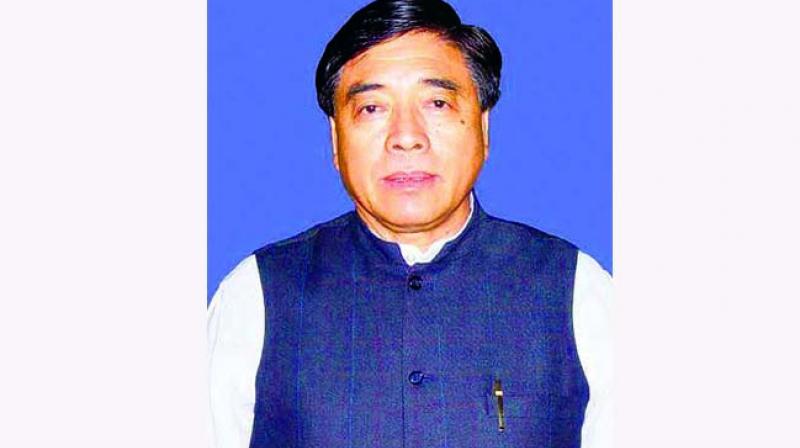 Guwahati: Former chief minister of Arunachal Pradesh Gegong Apang on Tuesday resigned from the primary membership of the BJP saying it was no longer following the principles of the late Atal Behari Vajpayee.

He was the chief minister of Arunachal Pradesh for 23 years. He had switched over to the BJP with all the Congress legislators in 2003. Mr Apang, who left the BJP, had re-joined the BJP in 2014.

In his resignation letter to BJP president Amit Shah, he wrote, “I am disappointed to see that the present day BJP is no longer following the principles of the late Vajpayeeji.”

“The party is now a platform to seek power, it serves a leadership which hates decentralisation or democratic decision making and no longer believes (in the values) the party was founded for,” he added.

Mr Apang said that the BJP did not get the people’s mandate but the BJP leadership used every dirty trick in the trade and installed the late Kalikho Pul as chief minister. Despite an adverse Supreme Court ruling, a BJP government was reinstalled.

He said that during the state-level executive committee meeting held on November 10 and 11 at Pasighat, BJP general secretary Ram Madhav did not allow many members and office-bearers to place their views.

“The decision to put Mr Pema Khandu’s name as chief minister before the election is neither the norm nor the tradition that a cadre-based party like BJP had followed. The BJP in the past has always asked the views of legislature and party members and then decided on leadership issues. Such undemocratic practices are not for the parties that grew under the leadership of Mr Advani, Mr Vajpayee, Mr B.S. Shekawat, Mr Kushabhau Thakre, Mr Madan Lal Khurana, Ms Rajmata Scindia and Mr Sikandar Bakhl,” he added.

“From issues like grass-root delivery of government schemes to matters like Naga peace talks, Chakma-Hajong issue, amendments of Citizenship Bill, telecommunications and real time digital connectivity to peaceful and cordial relation with neighbours like Bangladesh, Myanmar and China, both the party and the Modi government are not addressing the real issues,” he said.

Mr Apang appealed to Amit Shah and Prime Minister Narendra Modi to remember the teachings of Vajpayee about ‘Raj Dharma’ and then he said history will judge them.