RLD cozies up to SP, Congress keeps its door open 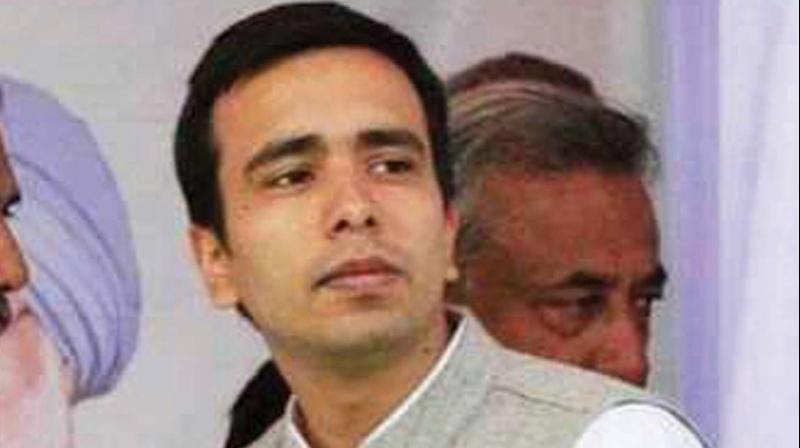 New Delhi: It is not only the BJP which is worried over the now official SP-BSP alliance in Uttar Pradesh, but many alliance partners too, especially the Rashtriya Lok Dal (RLD) which has a substantial presence in western parts of the state. The Congress, which has been left high and dry by the two UP satraps, stirred the political cauldron on Wednesday by hinting that it was willing to give a few seats to other parties who wanted to forge an alliance with it for the Lok Sabha polls.

The RLD had been demanding at least six seats from the SP-BSP alliance, but according to the final formula thrashed out, only two seats are left for allies out of 80 apart from the traditional Gandhi family bastions of Amethi and Rae Bareli.

RLD vice-president Jayant Chowdhary on Wednesday met SP President Akhilesh Yadav in Lucknow to discuss seat-sharing. Sources said that the two are discussing a formula where the RLD can fight three seats. However, it was unclear as to which among the two, SP and BSP, is willing to give up the one extra seat.

“It was a good discussion (on seat sharing) with Akhilesh and you will know the outcome soon,” Mr Chaudhary told the media after the meeting that took place at the Samajwadi Party headquarters.

Also in Lucknow, Ghulam Nabi Azad, in-charge of Uttar Pradesh, said his party was willing to give a few seats to those who wanted to forge an alliance with the Congress for the Lok Sabha polls.

“On two to four seats, there could be ‘give and take’, but at present we are making preparations for contesting on all the 80 seats in the state,” Mr Azad said, adding, “If any

political party is willing to accompany the Congress, and the Congress feels that it can fight the BJP, it will be definitely accommodated”.

Top sources in the Congress claimed that channels were open with the RLD to accommodate it for the Lok Sabha polls.

While some insiders in the Opposition block think that the Congress fighting on its own in UP was a strategy to wean away the BJP’s Upper Caste votes and thus help SP-BSP alliance, there is also a counter-narrative which says that a tri-cornered contest could end up benefiting the BJP.

J.P. Nadda, the BJP’s in-charge of Uttar Pradesh, who is camping in Lucknow, exuded confidence that the BJP will win 74 Lok Sabha seats out of 80 in the state.

Mr Nadda, who held a meeting with senior office bearers of the party here, said the party will register a handsome win in the Lok Sabha polls and all records will be broken. “We shall increase our tally of Lok Sabha seats from the state by winning 74 seats, one more than last time,” he said.

The BJP’s tally of 71 UP seats in the last Lok Sabha elections helped the party win a full majority.