Arvinder Singh Lovely had joined BJP in April in 2017 raking up allegations of bribery in ticket distribution for MCD polls by the Congress. 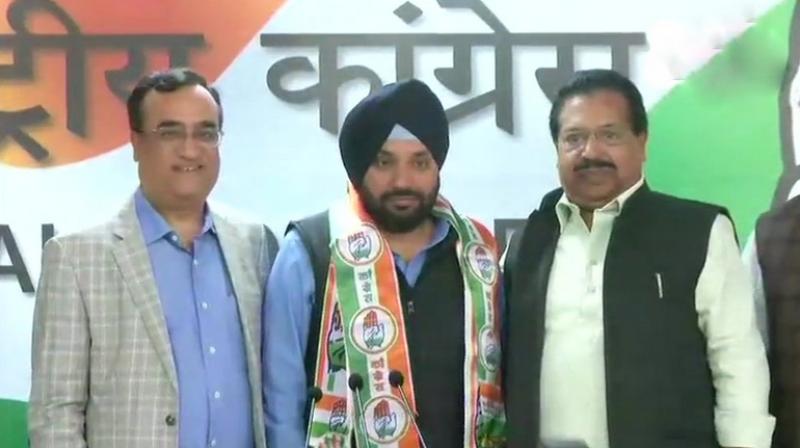 New Delhi: In less than a year after joining the Bharatiya Janata Party (BJP) following a rift with Delhi Congress Chief Ajay Maken, Arvinder Singh Lovely made a comeback, rejoining the Congress on Saturday.

The development can be seen as a big boost for the Congress ahead of the by-polls for the 20 Delhi Assembly seats.

The news of Delhi Congress former chief Arvinder Singh Lovely joining the party was broken by Maken through his Twitter handle stating that Lovely had a meeting with Party president Rahul Gandhi and senior leader PC Chacko and Harun Yusuf.

“At that time, I had also said that it was not a happy decision for me. It was a weak moment for me. But then after, I had a chat with Ajay Maken and sort the differences,” said Lovely in a press conference at the AICC headquarters.

“Ideologically, I was a misfit in the BJP,” Lovely added.

Meanwhile, former Delhi chief minister Sheila Dikshit expressed her happiness over the development. "I am feeling very happy that he (Arvinder Singh Lovely) has returned back to the Congress," Dikshit told news agency ANI.

Lovely had joined the BJP in April in 2017 raking up allegations of bribery in ticket distribution for the MCD polls by the Congress and claimed that many senior Congress leaders were feeling “suffocated” as the party is no longer what it used to be after a meeting with BJP chief Amit Shah.

Lovely, a key minister in the erstwhile Sheila Dikshit government in Delhi and an MLA from east Delhi's Gandhinagar, had joined the BJP along with Delhi Youth Congress chief Amit Malik and had to face a lot of criticism for switching to BJP.