'Rumours are being spread on social media that girls here are not safe. Everything is normal here,' said Uttarakhand DGP Ashok Kumar. 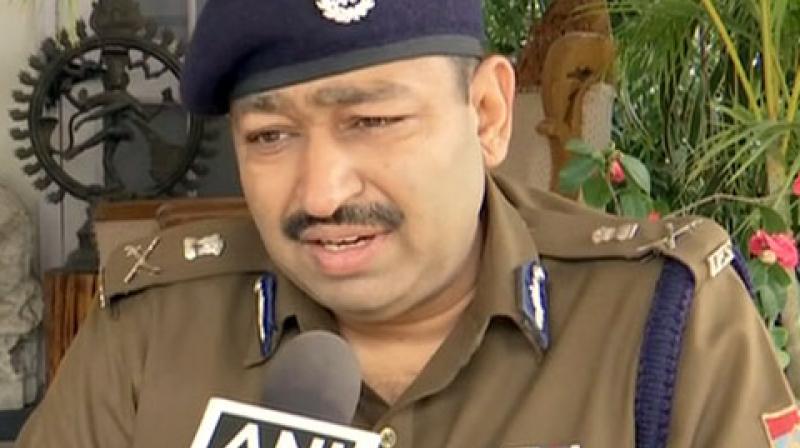 Uttarakhand DGP Ashok Kumar speaking to media on Sunday. On Saturday, the police had arrested a Kashmiri student in for allegedly making insensitive and communal posts on social media in the wake of the terror attack. (Photo: ANI)

Dehradun: Director General of Police Ashok Kumar on Sunday dispelled reports of Kashmiri students being attacked in Dehradun in the aftermath of the Pulwama terror attack, and asserted that "everything is normal."

“Rumours are being spread on social media that girls here are not safe. Everything is normal here. We are providing full protection to everyone,” he told ANI.

The statement comes after media reports suggested that Kashmiri students had to lock themselves up in order to remain safe as mob violence erupted over the ghastly terror attack in Pulwama.

On Saturday, the police had arrested a Kashmiri student in for allegedly making insensitive and communal posts on social media in the wake of the terror attack.
The complainant alleged that the accused had attempted to provoke communal tension by making defamatory comments on Facebook and WhatsApp.

In this regard, Kumar said action will be taken against those who talk or post anti-national things on social media.

“Uttarakhand Police has provided full protection to all the people including the students from Kashmir. Our stand is clear - if someone posts something or even talk things that are anti-national, action will be taken against them,” he said.

“A protest was taken out in the wake of Pulwama terrorist attack by local people on Saturday where they raised anti-Pakistan slogan. It has been alleged that girls of Dolphin Institute shouted slogans in support of Pakistan from the hostel later. However, we don’t have proof about it yet,” he added.

In the deadliest attack on security forces in Kashmir, 40 CRPF personnel were killed on Thursday when their convoy was targeted by a suspected suicide bomber of Pakistan-backed Jaish-e-Mohammad on Srinagar-Jammu National Highway.

A convoy of 78 buses, in which around 2,500 CRPF personnel were travelling from Jammu to Srinagar, came under attack at around 3.15 pm at Ladhu Modi Lethpor.