BJP president Amit Shah described the swearing-in of B S Yeddyurappa as the 'victory of every Kannadiga'. 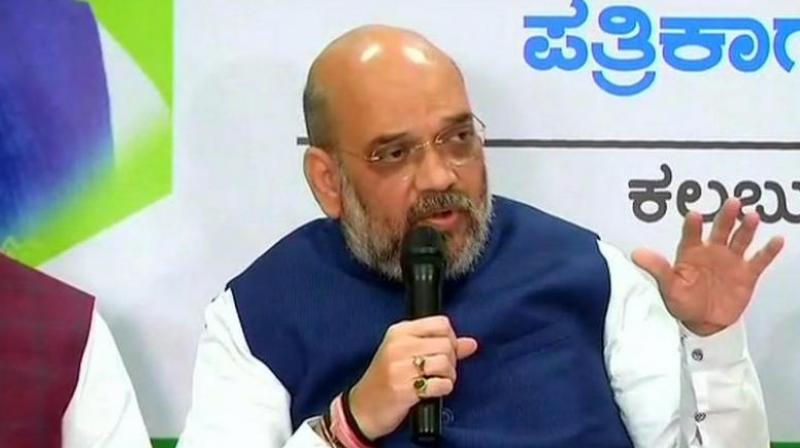 B S Yeddyurappa was sworn in as the chief minister of Karnataka on Thursday for a second time, after an overnight high-voltage legal battle in the Supreme Court. (Photo: File)

New Delhi: BJP president Amit Shah on Thursday described the swearing-in of B S Yeddyurappa as the Karnataka Chief Minister a "victory of every Kannadiga" who voted to "uproot the corrupt and divisive politics" of the Congress.

In a tweet, he also expressed hope that the new BJP government in the state under Prime Minister Narendra Modi's guidance will fulfil people's aspirations.

Shah's wish came amid hectic efforts by the saffron party to secure the support of some MLAs from rivals Congress and JD(S) as its strength of 104 is still eight short of the majority mark of 112 in the 224-member state Assembly.

The Congress and JD(S), which have already announced post-poll tie-up, have won 78 and 37 seats respectively.

Congrats to Shri @BSYBJP ji for being sworn in as the CM of Karnataka. This is the victory of every Kannadiga who voted to uproot the corrupt & divisive politics of Congress. I am sure the new govt under the guidance of PM @narendramodi will fulfil the aspirations of the people.

The state governor has given Yeddyurappa 15 days to prove his majority in the Assembly, a decision which the Congress decried as "murder of democracy".

Hitting back, Shah said democracy was murdered the moment "desperate" Congress made an "opportunist" offer to the JD(S) to form the government in the state for "petty political gains".

Yeddyurappa was today sworn in as the chief minister of Karnataka for a second time, after an overnight high-voltage legal battle in the Supreme Court which refused to stay his swearing-in.

The apex court, which commenced the hearing at 2.11 AM and ended at 5.28 AM, however made it clear that the swearing-in and the government formation in the state would be subject to the final outcome of the case before it.