India   All India  17 May 2020  Congress accuses government of misleading people in the name of economic package
India, All India

Government's economic package is only of Rs 3.22 lakh crore and 1.6 percent of India's GDP and is not worth Rs 20 lakh crore: Congress 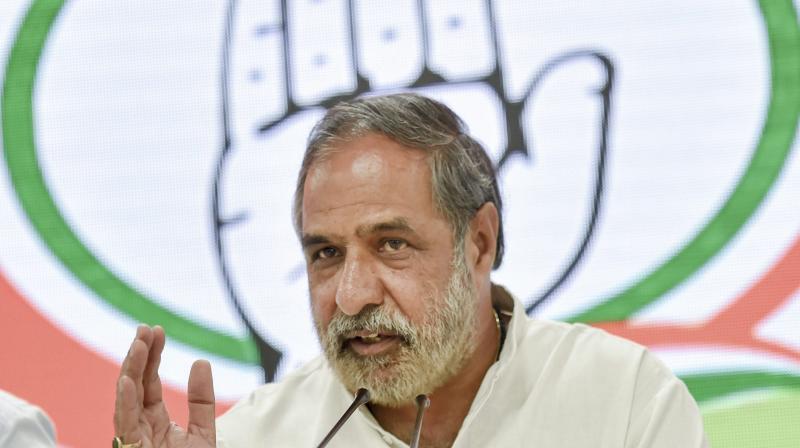 Congress says government package only worth Rs 3.22 lakh cr and 1.6% of GDP, not Rs 20 lakh crore

New Delhi: The Congress on Sunday accused the government of misleading people through economic package and said the measures announced by the Centre amounted to only 1.6 per cent of India's GDP, i.e. worth Rs 3.22 lakh crore instead of Rs 20 lakh crore as claimed by the Prime Minister.

Congress' senior spokesperson Anand Sharma Sharma said Prime Minister Narendra Modi must "walk the talk" and announce the measures required by giving money in the hands of the poor and small and medium enterprises to help reboot the economy.

He noted that there was a difference between providing stimulus to the economy and merely giving loans and credit to people.

Sharma, a former union minister, challenged the finance minister for a debate on the package while raising questions about the announcements made by the prime minister.

"The government's economic package is only of Rs 3.22 lakh crore and is only 1.6 per cent of India's GDP and is not worth Rs 20 lakh crore as announced by the prime minister," Sharma said while addressing a press conference through video conferencing.

"I am questioning the Finance Minister, disputing the announcement of Prime Minister and challenging the government to disprove me on the numbers given by me and am ready for a debate with the finance minister," he said.

The Congress leader further said the Finance Minister should answer questions and not ask questions instead. He also demanded that the government provide answers to the country on the plight of migrants forced to walk on roads due to lack of planning on the part of the central government.

Sharma hit back at Finance Minister Nirmala Sitharaman for her attack on the opposition party and termed it as "frivolous", saying the country expects some seriousness and gravitas from the finance minister.

He also asked the government to apologise to the poor citizens of the country who have been abandoned and their fundamental rights and legal rights violated.